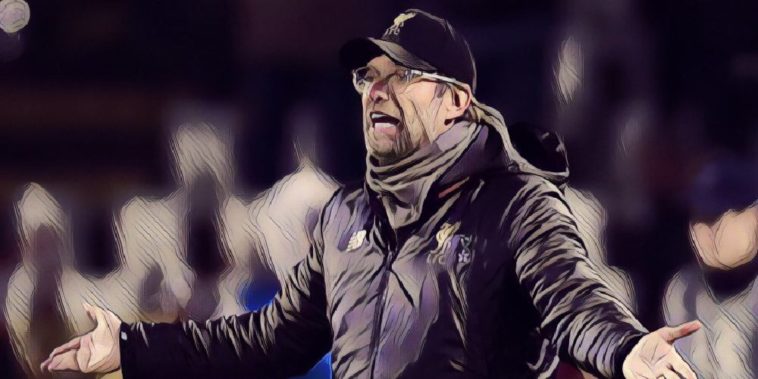 As the referee blew for full time at the London Stadium last night, there was no escaping the harsh reality for Liverpool; momentum in the title race had swung way back towards Manchester City.

A 1-1 draw was enough to move Liverpool three points clear at the top. But their rivals now have two massive opportunities to leapfrog them and build an advantage. City go to Everton and then host Chelsea as they look to capitalise on Liverpool’s recent wobble.

The Champions will no doubt be buoyed by their rivals dropping precious points, but to pin Liverpool’s recent stuttering form on nerves, as many are currently doing, is far too simplistic. There is a lot more going on at Anfield that should have Jurgen Klopp worried.

A hallmark of Klopp’s tenure as Liverpool boss, has been the explosive attacking football played by his side. While it’s true, the Premier League leaders have adopted a more refined approach this season, their last few games have been distinctly lacking that attacking spark.

Only Sadio Mane looks to be in anything like decent form. His attacking partners, Firmino and Salah were startling ineffective against Leicester City and West Ham as they struggled to make any impact at all.

If the front three are not firing, it’s bad news indeed for Liverpool’s ambitions. However, their presently blunt attacking line has also been tainted by the midfield woes currently strangling Klopp’s tactics.

Gini Wijnaldum and Jordan Henderson are now both on the treatment table after picking up knocks before Monday night’s game. A midfield three of Naby Keita, Fabinho and Adam Lallana looked a touch thrown together at West Ham and they duly failed to supply the forward line at the London Stadium.

Wijnaldum is critical to Klopp’s midfield machine, without him any semblance of order and control go out the window. That lack of creative spark is something Liverpool need to find a solution to, before it does any more damage.

Liverpool’s bench on Monday night made from some grim reading. The presence of the likes of Rafa Camacho and Curtis Jones, as well as the hapless Alberto Moreno, hints at a stark lack of depth in the Anfield ranks.

The aforementioned injuries to Henderson and Wijnaldum, add to a growing list of absent first team players. Lovren, Gomez, Oxlade-Chamberlain and Alexander-Arnold are also big misses for Liverpool as they tussle for the title.

Alexander-Arnold offers so much of an attacking threat, while Gomez’s early season form contributed to Liverpool’s wonderful defensive record. Their injuries could prove very costly as the club struggles to fill in the gaps.

Social media reached new levels of toxicity last night, in the aftermath of Liverpool’s 1-1 draw with West Ham. Accusations of bottling the league and crumbling under pressure were abundant as the online fan base went into meltdown.

It is understandable for some to be naturally wary of Liverpool’s current form. The mentality of this current group of players will also remain open for debate until they manage to win something meaningful. Three final defeats and a lack of silverware at Liverpool has stung the supporters and hurt their pride, so some backlash to any blip in form is to be expected.

However, what Liverpool’s fans have to bare in mind is, their club does not have the know-how in a gruelling title race. That is not a barbed criticism, it’s a simple fact. Manchester City have at their core, half a dozen players who have been here before and done it. For most Liverpool players this is new territory. The accusation of bottling it, in that context, is a touch harsh.

How they bounce back from this blip will tell us all a great deal more about their capacity to compete in this title race. There are big problems for Klopp to fix, some of them will only be resolved by recruitment, which is a concern with over three months of the campaign remaining. Whichever way you see it, Liverpool are now in the trenches, facing off with City. They have overachieved to get to this stage, it’s now up to them to prove they deserve to be here and are capable of getting over the line.