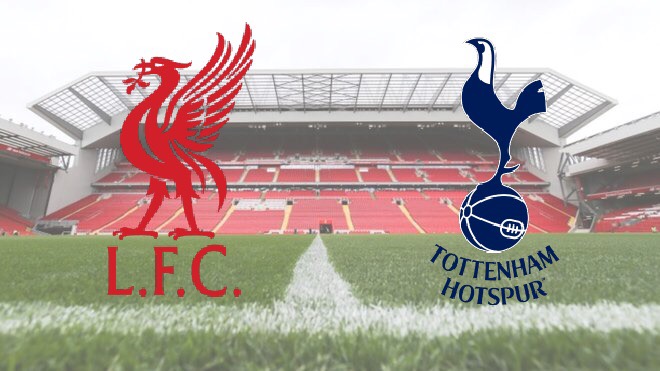 Liverpool go into the massive game on Saturday without a Premier League win in 2017 and Spurs go into the game looking to stretch out a 7 point gap between the two teams.

Two sides aiming to secure Champions League spots go head to head in a massive game in the late game at Anfield. If Spurs can grab the three points on Saturday, it would open up at 7 point gap between them and surely seal another season above Liverpool in the league. Liverpool narrowly avoided a fourth defeat in a row at home against Chelsea, and the reds will be hoping to put this right on Saturday evening.

Liverpool will go into the game on Saturday knowing only a win will do in their hunt for the top four in the league. The reds have suffered a horrible start to 2017, with Plymouth being their own victory. Spurs have gained 11 more points than Liverpool already this year, and another three lost on Spurs at the weekend could prove costly for the Merseyside club. Past history suggests that Liverpool are unlikely to lose this one, as they have lost just one of their last 22 home premier league games against Spurs, in which Rafa Van der Vaart scored a beauty. Klopp will have to hope that Sadio Mane can really exploit Ben Davies’ lack of pace and try to get in behind him to cause havoc for the Spurs defence.

Klopp will no doubt be concerned at the defensively frailties his team has shown throughout this season and also the lack of defensive he has at his disposal tomorrow. Both Dejan Lovren and Ragnar Klavan are doubts, suggesting that Lucas Leiva could partner Joel Matip at centre back which will surely have the Spurs attack excited.

Liverpool have to get the three points in order to have any chance of catching Spurs because they would leave themselves too far behind and to rely on Spurs losing three more games would be difficult. The other concern could well be the injury to Lallana which could be crucial for the attacking quality of this Liverpool side. Although Liverpool do have weaknesses, they have been very impressive in the top games this season, they have beaten Chelsea, Arsenal and Man City this season and continue to provide a big threat to the big teams which Spurs have to be aware of.

Spurs head into this game in a good position in the table, however they know in order to keep this seemingly comfortable position in the league, they have to beat Liverpool on Saturday. Arsenal, Man City and Man United all have games that should be three points all round for those clubs which really would make the race for the top four even tighter. Spurs will also know that in the game at the lane earlier this season, Liverpool really should have walked away with three points and they really did dominate the game. Spurs also have a really poor record in the league against Liverpool and therefore doesn’t bode well for the likelihood of an away win.

Having said that Spurs should fancy their chances against the well documented weak Liverpool defence and will be confident of putting on a good defensive display to prevent Liverpool scoring more than one goal. If Spurs fans still believe there is a chance to catch Chelsea at the top, this is a must win game. However in the race for top four, just not losing would be a welcome result for Spurs and would definitely keep us on track to retain Champions League football.

Pochettino has revealed that Kieran Trippier could return for Spurs, although they will remain without Danny Rose. This could expose the battle between Mane and Davies with the lack of pace of the understudy left back a clear problem for Spurs.

It remains to be seen whether to be seen if the manager trusts Kevin Wimmer enough to play the three a the back system, as the Austrian has looked extremely suspect when playing out from the back in the recent big games he has been involved in. Spurs will be able to fall back on their defensive solidity to hopefully combat the attacking flair that everyone knows Liverpool possess.

I expect a very close game with lots of attacking play from both sides given the circumstances of the game. I think Spurs would be more happy to take a draw than Liverpool and I think Spurs on the break will get on the score sheet, forcing Liverpool to score more than once which could be quite unlikely.