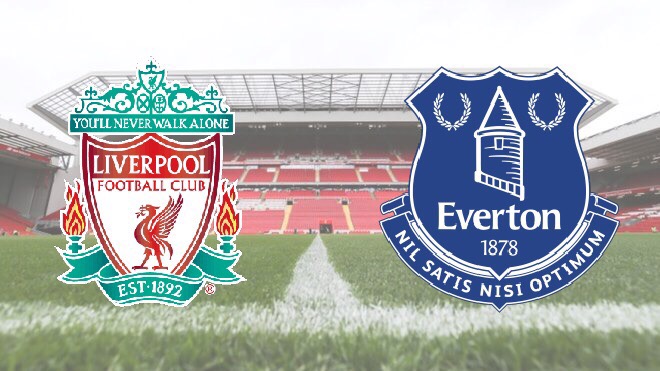 After what seems a lifetime without football, the Premier League comes back with a bang this weekend. The Merseyside Derby!

Liverpool and Everton go into this game with plenty at stake. Pride, Passion, Bragging Rights, and the all important three points. Liverpool are in fourth spot on 56 points, four points ahead of Manchester United, who have two games in hand.

Everton on the other hand are back in seventh position in the League on 50 points, but are one of the form teams in the League. Romelu Lukaku is the top scorer in the Premier League and will be hoping to add to his tally in this lunchtime fixture.

Liverpool have had the upper hand in recent years, but past and present form counts for nothing in these games. Both clubs have shown erratic form at times this season, but both have also shown glimpses of brilliance as well, so anything can happen here.

I am hoping there is a good tribute to Ronnie Moran who sadly passed away recently. Ronnie was a true Liverpool servant and I agree with Robbie Fowlers comments that the derby game is a perfect place to honour him.

Both teams would welcome the 3 points to consolidate their current league positions, but we`ll have to see which team plays the best on the day. One thing is for certain, the players and fans alike will be up for it from the kick off. The fans will be looking forward to celebrating and rubbing the losers noses in it after the game.

Check out why I believe that the Merseyside Derby is possibly the best Football Derby match in the world.

The international break has taken its toll on both teams, news that will once again spark the usual club v country debate.

Liverpool were rocked with the news that Adam Lallana will be out of action for a month after picking up an injury playing for England. Jordan Henderson is also out. However the Reds are boosted that Roberto Firmino and Philippe Coutinho are back in time for the game. The Brazilian pair have been flown back to Merseyside by private jet.

Everton are of course without Seamus Coleman who suffered a horrendous double leg break in the game v Wales last weekend. I hope he recovers and makes a speedy recovery, and I`m sure Liverpool fans everywhere pass on their wishes.

The Blues will also be without Ramiro Funes Mori who limped out of action on international duty, and will miss the rest of the season. Morgan Schneiderlin is also a doubt.

Liverpool are the favourites with the bookmakers to win this one. You can back Liverpool today with odds of 7/10, whilst Everton are a surprising 18/5. For some easy money, Both Teams to Score is a good bet at 4/6 whilst +2.5 goals is priced at 8/11.

Roberto Firmino and Sadio Mane are both 5/4 to score anytime, whilst Romelu Lukaku is 13/8 – a decent price considering he is the Leagues top scorer.

With Liverpool’s shaky defence, I’d expect Lukaku to score. However Liverpool should have enough a time home in this intense atmosphere to win.

Enjoyed this Match Preview? Support Liverpool or Everton? Please join our expanding writing team. We would love to have you on board!