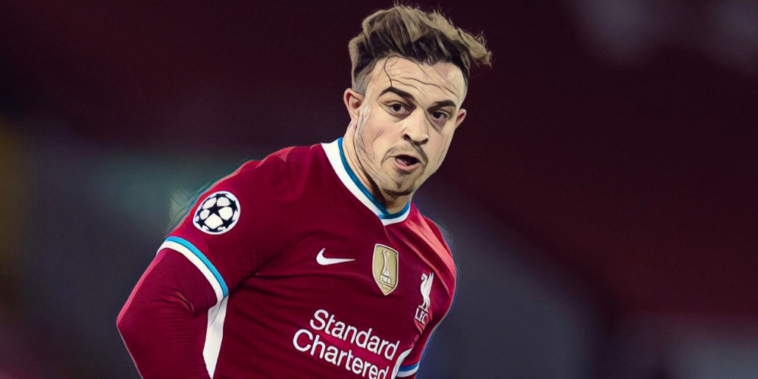 Liverpool are standing firm on their valuation of Xherdan Shaqiri as a host of European clubs monitor the Switzerland international.

Shaqiri is expected to leave the club this summer in search of more regular first-team football, having made just seven Premier League starts for the Reds across the past two campaigns.

Sevilla, Villarreal and Napoli have all been linked with the signing of the 29-year-old this summer, though Sky Sports are reporting that any interested sides will have to meet Liverpool’s asking price of €15m (£12.75m) to secure his signature.

There had been suggestions that Shaqiri could be allowed to leave Anfield on a free transfer as the Reds look to free up space in a bloated squad, though those rumours are not understood to be true with Liverpool seeking to recoup a fee.

Shaqiri signed for Liverpool in a £13m deal from Stoke in 2018 and has scored eight goals in 63 appearances across all competitions.

Liverpool’s business in the transfer window has been hindered by an inability to sell fringe players so far, with both Divock Origi and Ben Davies amongst those available should suitable bids arrive.

The former is believed to have attracted interest from Wolves of late, whilst the latter – who has failed to make a single appearance since arriving from Preston in January – has been subject of a loan enquiry from Sheffield United.