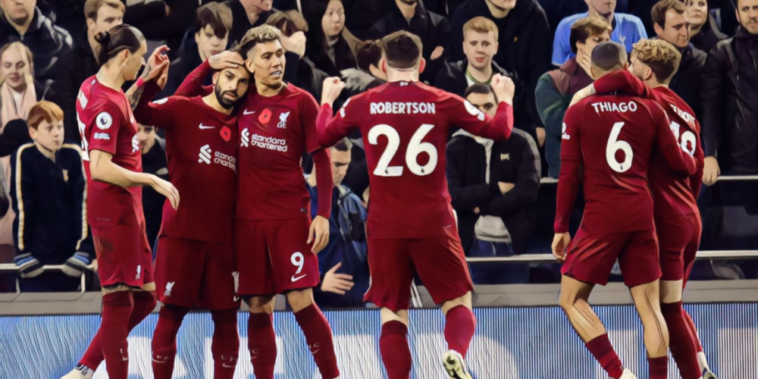 Liverpool host Southampton in the Premier League this weekend as Jurgen Klopp’s side look to claw their way back into the race for Champions League football.

The struggling Saints parted company with Ralph Hasenhuttl and will be under the management of Nathan Jones for the first time at Anfield. Jones impressed at Luton Town and has been tasked with helping Southampton escape the relegation places.

Here is all you need to know about Saturday’s fixture.

Liverpool have struggled to find consistency this season, but back-to-back wins over Napoli and Tottenham have shown encouraging signs for Jurgen Klopp.

The German opted to rest his entire XI for the midweek win over Derby, as the club’s Carabao Cup defence continued with a shootout win over the League One side at Anfield.

The win at Spurs last weekend was vital to the club’s top four hopes, with Liverpool now seven points behind the north Londoners with a game in hand heading into their clash with Southampton.

Lovely build-up and a clinical finish 👌

Ibrahima Konate’s return has been a huge boost with the Frenchman excellent at Spurs, while Mohamed Salah has found his goalscoring form in recent weeks. The Egyptian has nine goals in his last eight appearances across all competitions and needs just one more goal to enter the Premier League’s top 15 all-time goalscorers.

Like Liverpool, Southampton squeezed through in the Carabao Cup via a shootout in midweek, having been held to a 1-1 draw by Sheffield Wednesday.

In the league it’s been a season of struggle for the Saints, who have won just one of their last nine to drop into the Premier League relegation places. A convincing 4-1 defeat at home to Newcastle was the final straw for the board, who made the decision to sack Ralph Hasenhuttl.

The right fit for our club 🤝 pic.twitter.com/VKyFNkGrcA

Southampton have since named Nathan Jones as their new head coach. Jones impressed across two spells at Luton, in which guided the club to League Two promotion in 2018. He departed for an ill-fated spell at Stoke, but returned in 2019/20 with the club in the Championship. His second spell saw Jones turn Luton from second-tier strugglers to a team competing at the top end of the division and he will now aim to prove himself in the Premier League.

Liverpool ensured the Premier League title race would go down to the final day of the season after coming from behind to win at Southampton in May.

Nathan Redmond opened the scoring with a curling effort beyond Alisson, but a much-changed Liverpool side responded before the break. Jurgen Klopp had made nine changes to the side that had beaten Chelsea on penalties in the FA Cup final just three days earlier and it was one of the Reds’ fringe names who levelled the scores.

Takumi Minamino lashed home an equaliser against his former side, having spent the second half of the 2020/21 campaign on loan at St Mary’s. Joel Matip’s header then put Liverpool ahead and the Reds held on to keep the pressure on Manchester City at the top.

Is Liverpool v Southampton on TV?

UK and Ireland: Liverpool vs Southampton will not be broadcast live on television.