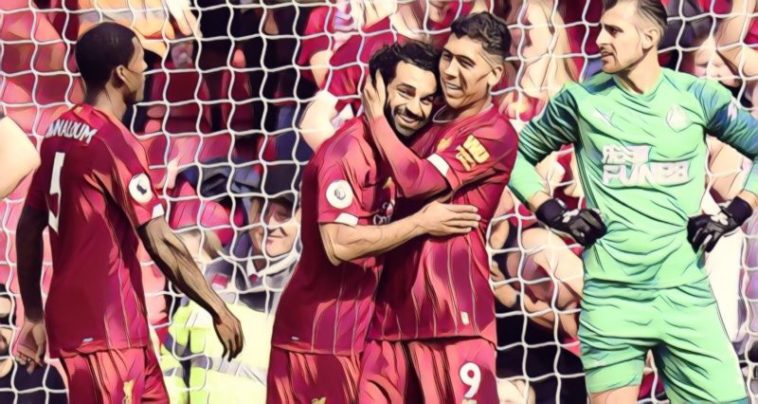 The visitors got off to an ideal start when left wing-back Jetro Willems smashed a thunderous strike into the top corner from just inside the box.

Liverpool would draw level on 28 minutes with another special effort, Senegalese attacker Sadio Mane curling a superb finish into the top corner.

Mane then put Liverpool ahead five minutes before the break, tapping home from close range after a howler from Newcastle ‘keeper Martin Dubravka.

Despite not being at their best for large parts, Jurgen Klopp’s side put the game to bed in the 72nd minute, with Mo Salah finishing smartly via a sublime flicked assist from the razor-sharp Roberto Firmino.

Speaking after the game Reds defender Robertson warned his side that they will need to start quicker upon their return from international duty, especially against stronger opposition then Newcastle.

“We didn’t start the game the way we wanted to and to be fair to Newcastle they started brightly and scored a hell of a goal,” Robertson told BBC Sport.

”That gave us the wake up call we needed and afterwards I think we kicked into gear and were too good for them.

“We need to be quicker getting back into our rhythm (after international breaks) or against teams in the top six we might struggle to get back into the game if we give away a goal.”

When asked about the beautifully executed drag and flick Firmino produced to lay on Salah’s goal, Roberston admitted his Brazilian teammate’s vision is frightening.

“It was a special goal. Bobby’s (Firmino) vision is frightening and Mo’s finished it off. 3-1 after a tough international break is always a good result.”