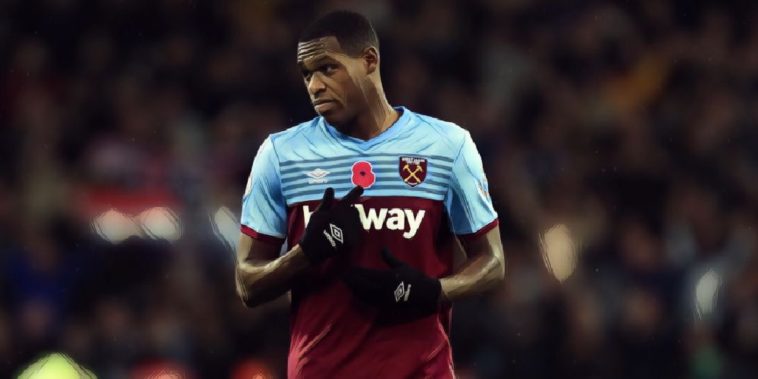 Liverpool have made an inquiry for West Ham United defender Issa Diop, as the Reds step up their hunt for a centre-back addition.

While Jurgen Klopp’s men remain firmly in the mix for the title, their progress has no doubt been hampered by a multitude of injuries, with first choice centre-back pairing Joe Gomez and Virgil Van Dijk suffering long-term injuries earlier this season.

In their absence, versatile midfielder Fabinho has slotted in seamlessly at the centre of defence, yet the Brazilian’s own injury problems have left the champions incredibly thin on the ground at centre-back, with Joel Matip also struggling to stay fit.

That has left Jordan Henderson having to fill in at times at centre-back, albeit impressively, while young duo Rhys Williams and Nathaniel Phillips have also had to make the step-up to senior level.

Klopp and co are now seemingly on the hunt to fill the void in their defence by bringing in a new centre-back, with The Athletic reporting that the club have made an enquiry for West Ham defender Issa Diop.

The Frenchman made an impressive start to life in England after his move to the club from Toulouse in 2018, yet he has seen his game time severely limited this term, with David Moyes favouring Angelo Ogbonna and Craig Dawson as the first-choice centre-back partnership.

The report suggests that Liverpool are looking for a loan deal for Diop until the end of the season, although with the Hammers now rivalling Klopp’s side for a top four spot, it is unlikely the club will sanction a temporary deal to a direct rival.

The 24-year-old – who has previously been linked with a move to Manchester United – is more likely to make the move to Anfield on a permanent deal, or if an obligation to buy is included in any loan deal, the Hammers reportedly demanding a fee of more than £20m for the talented defender.

David Moyes and co have already had a fairly active transfer window, after announcing the arrival of Jesse Lingard on-loan from Manchester United until the end of the season, as well as securing Said Benrahma’s future at the club on a permanent basis.

As for the Reds, their situation has become a little desperate heading into the last few days of the window, although they already looked relatively thin on the ground before the season began, following the departure of Dejan Lovren to Zenit.