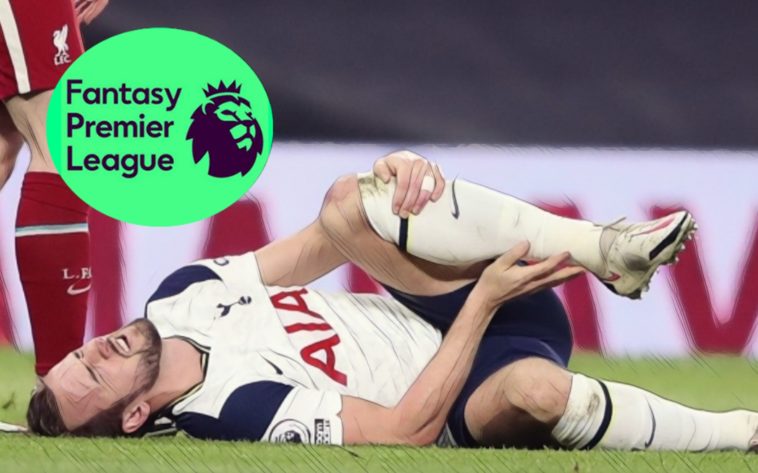 Following Harry Kane’s ankle injury, incurred while playing for Spurs against Liverpool in midweek, 43% of all Fantasy Premier League managers will need to find a replacement pronto.

The Tottenham striker’s injury is a bitter blow to his owners considering he is top of the form table among forwards; he had scored three goals and made one assist in the three matches prior to Thursday.

As we head into the second-half of the FPL campaign, it’s imperative to get your transfers and team selections spot on to maximise your points return. That’s why we have dived into the data, combed through the form guides, and looked at the fixture schedule to bring you our considered FPL tips and advice.

After gameweek 17, West Ham United were tenth in the Premier League table with just one win in their last five matches. After gameweek 20 they were fifth in the table with four wins and one draw from five. The difference? Michail Antonio.

The 30-year-old has started the last three league games after a protracted spell on the sidelines with injury, returning points in each of those fixtures. He became an FPL hero to his owners after scoring against Burnley and West Brom in the double gameweek, before assisting Tomas Soucek against Crystal Palace.

Antonio should have come away from that London derby with even more returns in his back pocket after hitting the woodwork twice. But the takeaway here is that he is in scintillating form and ready to explode in the coming weeks.

After going on a nine-game scoreless streak, Ollie Watkins has now scored in each of his last two Premier League matches for Aston Villa.

Only Sadio Mané (7) attempted more than his five shots in gameweek 20, while no one had more shots on target (4). There is no doubting that the striker will get chances, and good ones at that; the problem comes with putting them away.

Only Jamie Vardy (20) has had more big chances than Watkins’ 18 this season, a testament to his ability to get in good positions to meet the excellent delivery from Jack Grealish and co. But he has ‘only’ returned eight goals and is underperforming his xG by almost two full goals.

That said, I have a hunch that the Englishman is on the verge of a big haul, ready to convert those opportunities into solid gold FPL points.

A striker with no goals in his last six Premier League matches is not usually going to be at the top of anyone’s transfer list, but hear us out here.

Dominic Calvert-Lewin is back fully fit for Everton and we’re backing him to end his goal drought against some poor defences after scoring against Sheffield Wednesday in the FA Cup fourth round.

The Toffee’s top goal scorer, who has 11 goals and four assists this term, does not have amazing underlying numbers of late (seven shots and two big chances in his last four appearances), but all of the pieces around him are coming together nicely once again.

Everton will have James Rodriguez, Richarlison, Lucas Digne and Calvert-Lewin all on the pitch at the same time this weekend, a massive boost for an attack that diminished sharply after a superb start to the season.

Rodriguez provided two assists in the 3-0 win over Wednesday before scoring a pearler against Leicester in midweek, Digne has assisted Calvert-Lewin three times in the league this season, and the attack always functions far better with Richarlison playing off DCL.

As Fantasy Football Scout contributor Tom Freeman noted this week, in games where all four have started, Everton have scored at an average of 2.8 goals per game, scoring 17 times in six games. Their next opponents, Newcastle, have posted the third worst expected goals allowed (29.38xG) and kept the third fewest clean sheets (3).

FPL Podcast: Which Premier League teams to avoid and which ones to get on

Honourable Mentions: Here are a couple of more expensive options if you happen to already own the players mentioned above.

Alexandre Lacazette (£8.4) is the most in-form striker who is fully fit this weekend, having provided five goals and an assist in his last six matches. The Arsenal striker is never consistent enough to warrant serious consideration, but he has nailed down that starting spot amidst a good run. He will be facing a jaded Manchester United team and a Wolves side who have conceded the third-most goals (9) in the past five gameweeks.

Danny Ings (£8.3) had his terrific early season form interrupted by injury, but he might be about to hit the right notes yet again for Southampton. The striker scored that wonderful winner against Liverpool in gameweek 17 and the Saints function a million times more effectively with him on the pitch. However, they have scored just twice in their last five matches, the joint-worst rate in the league alongside Fulham and Newcastle over that period. Ings missed two of those matches, though, and they scored in two of the other three he played. He might be their key to unlocking the Aston Villa and Man United defences this coming week.