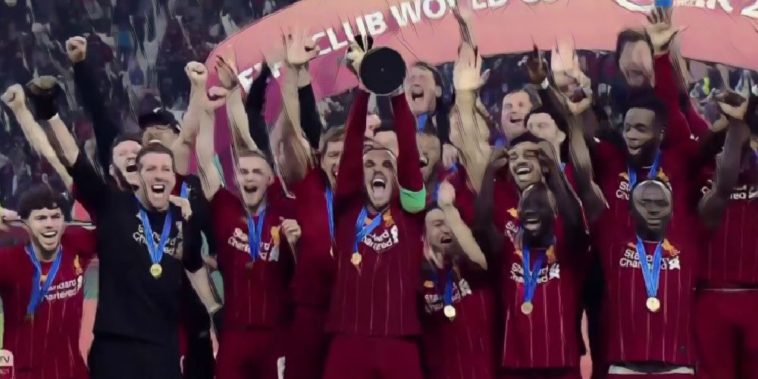 Liverpool have been granted permission by the Premier League to wear a badge on their shirt to commemorate their status as World Champions, but for one game only.

Jurgen Klopp’s side were crowned Champions of the World last weekend by beating Copa Libertadores winners Flamengo 1-0 over in Qatar, Roberto Firmino netting an extra-time winner.

However, current Premier League rules which prevent kit changes mid-season mean that Liverpool aren’t permitted to wear the badge during their league games, though the club immediately appealed to the governing body for permission following the collection of their latest piece of silverware.

According to the Telegraph, the Premier League have decided to allow the Merseyside outfit to wear the badge, but only for one game, the Reds kit for their final home game of the against Wolves on December 29th set to feature the commemorative gold shield, providing they receive the kit in time.

Manchester United were prevented from wearing their badges in the league when they won the competition back in 2008, the badges having been introduced two years previous following Italy’s World Cup win in 2006, with the scheme being rolled out to the winners of the Club World Cup the following year.

While Liverpool will not wear the badge for their other domestic games, they are however permitted to wear it the Champions League until the conclusion of next year’s Club World Cup.

Robertson challenges Liverpool to win more honours after their ‘special’ 2019