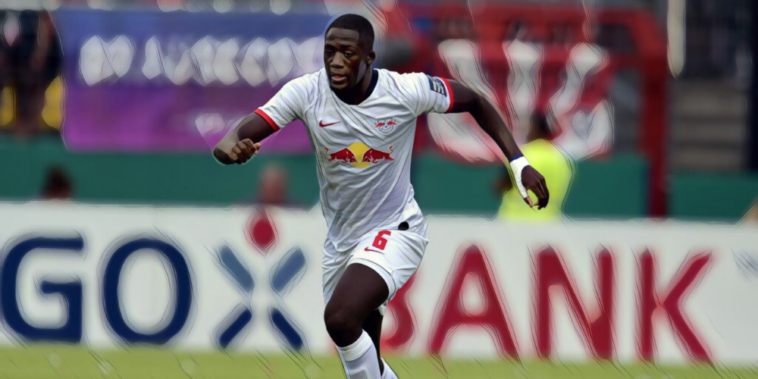 Liverpool are in the process of ‘finalising’ a £33m deal to sign RB Leipzig defender Ibrahima Konate as the club look to strengthen their defensive options ahead of next season.

Jurgen Klopp’s side have endured a disappointing Premier League title defence and currently sit seventh in the division, five points adrift of the Champions League places and facing an uphill task to secure a place amongst Europe’s elite.

The club’s fortunes have faltered following a succession of injuries to key personnel, with their centre-back options decimated after long-term injuries to Virgil van Dijk, Joe Gomez and Joel Matip.

Signing a new central defender has become a priority for the Reds ahead of the summer window and The Athletic are reporting a deal for Konate is now at an ‘advanced stage’.

Konate has attracted interest from a number of high-profile clubs since his emergence at Leipzig, with Manchester United and Chelsea having previously been credited with an interest in the 21-year-old.

The defender is currently part of the France squad at the U21 European Championship and Liverpool are keen to secure a deal that will add Konate to their options at the earliest opportunity.

Leipzig are under no pressure to sell the player and will demand his €40m release clause is met, with Konate potentially becoming the second centre-back starlet to leave the Red Bull Arena this summer after confirmation that Dayot Upamecano has agreed a move to Bayern Munich.

Konate’s potential and experience at the highest level have made him an attractive option for the Reds, though there will be concerns over his injury record with the Frenchman having made just 17 league appearances over the past two campaigns.

The potential arrival of Konate suggests that Liverpool are unlikely to turn Ozan Kabak’s loan from Schalke into a permanent deal, whilst fellow winter signing Ben Davies has not yet made an appearance since arriving from Preston.