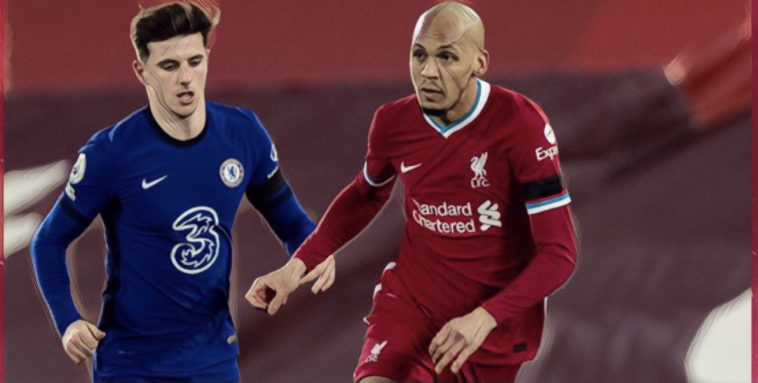 Here’s all you need to know about that ‘Big Six’ encounter:

Liverpool have perhaps been somewhat written off as title challengers this season due to the spending power of both Manchester City and this weekend’s opponents Chelsea, yet the early indicators are that Jurgen Klopp’s side will be there or thereabouts once again come May.

One key factor in that renewed sense of confidence and dominance is the return of Virgil Van Dijk, the Dutchman having been imperious in the opening two games of the campaign, having been absent for essentially the whole of last season.

At the weekend, in particular, the centre-back was at his fearsome best against Burnley, defending superbly up against a physical forward line of Ashley Barnes and Chris Wood, while also showcasing his passing prowess in the build-up to his side’s second goal.

Another bright spark in what was a hard-fought victory was the display of teenage sensation Harvey Elliott, the 18-year-old slotting in seamlessly on his first Premier League start, having previously spent last season on-loan at Blackburn Rovers in the second tier.

While it’s still early days, his showing as part of a midfield three has perhaps ended some of the clamour for new additions, with the midfield still well-stocked despite the departure of Gini Wijnaldum to Paris Saint-Germain earlier this summer and Xherdan Shaqiri to Lyon.

It remains to be seen whether the youngster will retain his place this weekend, however, with Thiago Alcantara nearing his return to full fitness, while James Milner could also be involved, although Fabinho remains a doubt after missing the 2-0 weekend win following the sad death of his father.

Andy Robertson could cap a fine week in which he extended his contract at the club with a return to the starting XI.

There’s only one place to start following Chelsea’s 2-0 win over Arsenal and that’s with Romelu Lukaku, the prolific Belgian putting in a stunning debut display on what was his highly anticipated return to the Premier League.

He may have left the top-flight on a slightly sour note following an underwhelming stint at Manchester United, yet ten years on from his first switch to Stamford Bridge the 28-year-old is back where he belongs and looks all the better for his spell in Italy.

Against the Gunners, he led the line immaculately, bringing his fellow forwards into play and simply bullying the opposition backline, notably shrugging off Pablo Mari as he raced to get on to the end of Reece James’ pull-back for the opener.

With the full-back then firing home brilliantly to extend that lead inside the first half, the only slight disappointment from a Blues perspective was that they couldn’t kill the game after the interval, albeit with Edouard Mendy rarely troubled throughout the 90 minutes.

With rumours of potential moves for Jules Kounde and Saul Niguez before the August deadline, this already immensely talented squad could get even better, leaving them well placed to compete on all fronts this season.

As for this weekend, both Hakim Ziyech and N’Golo Kante could well be pushing for a start after featuring off the bench at the Emirates, although Christian Pulisic remains a doubt after testing positive for Covid-19 last week.

The absence of supporters wreaked havoc with home form last season, none more so than for Liverpool, the then champions enduring a dismal spell of form at Anfield after the turn of the year.

Having seen their 68-game home unbeaten run ended by Burnley in January, the losses kept coming on Merseyside for Jurgen Klopp’s side, including against a resurgent Chelsea team in March.

After a dominant start for the visitors, they were rewarded just before half-time as Mason Mount’s superb curling effort gave his side the lead.

The hosts were then perhaps unfairly denied a penalty late on after the ball appeared to strike the hand of N’Golo Kante, as they slipped to a fifth successive home defeat to leave them in a perilous position outside of the Champions League places.

What channel is Liverpool v Chelsea on?