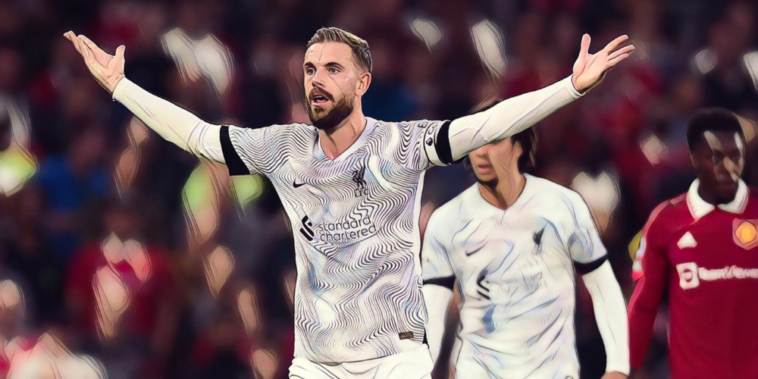 Liverpool will be looking to bounce back from a disappointing start to the season with a win over Bournemouth this weekend, with the Reds winless across their opening three fixtures.

Scott Parker’s side sit one point and one place above Liverpool at present, and will be eying an upset against Jurgen Klopp’s out-of-sorts side.

Liverpool have endured their worst start to a Premier League campaign in a decade, with the Reds having opened the season without a win in their first three games for the first time since 2012/13.

The opening weekend draw at Fulham served as a warning sign for the following performances, in which Liverpool have looked lacklustre and far from their usual standards.

Injuries have not helped Jurgen Klopp’s cause, with a large number of senior stars sidelined. Diogo Jota, Thiago Alcantara, Ibrahima Konate and Joel Matip are all key figures currently out, while the loss of Curtis Jones, Alex Oxlade-Chamberlain and Naby Keita – whose future appears uncertain – has left Liverpool short in midfield.

Monday evening’s loss at Manchester United turned a disappointing start into a dreadful one, with the Red Devils – a club in crisis pre-match – moving above the Merseysiders in the table.

This weekend’s clash with Bournemouth represents a must-win already, as Klopp’s side look upwards at the Premier League’s pacesetters.

After an opening weekend win over Aston Villa, Bournemouth have been handed a dose of reality with back-to-back defeats.

Defeats to Manchester City and Arsenal are no disgrace however, and Bournemouth’s tough start continues with a trip to Anfield this weekend.

Dominic Solanke could return to the side against his former club and the forward will have a point to prove at Liverpool. The 24-year-old scored just once in 27 appearances for Liverpool, but has started to fulfil his potential at Bournemouth and fired the Cherries to promotion with a 30-goal campaign in 2021/22.

Liverpool moved another step closer to a long-awaited league title in March 2020, with a 2-1 win over Bournemouth moving the Reds 25 points clear at the top of the Premier League.

Callum Wilson’s early goal – given despite a push on Joe Gomez in the build-up – had threatened an upset, but the Reds responded as Mohamed Salah marked his 100th league appearance for Liverpool with an equaliser.

Sadio Mane then latched onto Virgil van Dijk’s pass to score the winner, though Liverpool required a brilliant goal-line clearance from James Milner to keep the hosts ahead.

What channel is Liverpool v Bournemouth on?

Sadly, Liverpool vs Bournemouth will not be broadcast live to a UK or Irish audience.