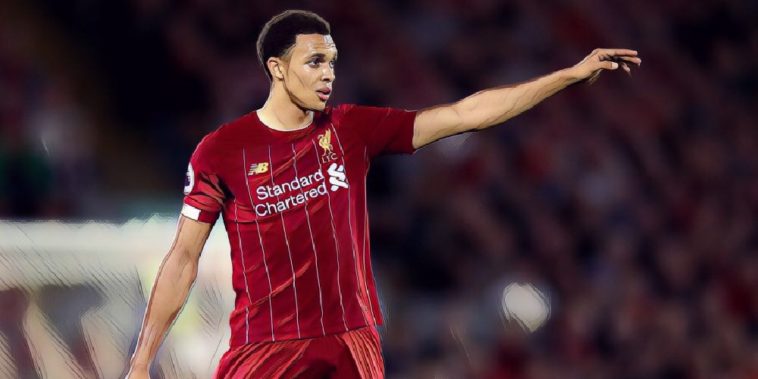 After Jamie Carragher compared him to Man City’s mercurial Kevin De Bruyne, Trent Alexander-Arnold has insisted that he is a defender first and foremost.

Despite his tender years, the Liverpool right-back has impressed with excellent delivery from the wing and from dead balls, though his defending is considered one of his weaknesses with a number of teams starting to target Liverpool’s right.

Having started out his youth career playing in a more advanced role, former Reds defender Carragher suggested that the England international could be more suited to a role in central midfield, likening his passing abilities to those of Kevin de Bruyne.

“People talk about the future and could he come into midfield and be a Kevin De Bruyne type player and he has more quality now that Liverpool’s midfield players and you think about the crosses that De Bruyne puts in from the right midfield position and maybe that’s a position where Trent could play,” Carragher recently said.

Asked about those comments, the 21-year-old insisted that he was solely focussed on being a defender for now, but didn’t rule out a positional change in the future if the manager sees fit.

“Maybe one day it will happen, but right now the manager sees me as a right-back and that’s where I’m going to play,” Alexander-Arnold said while on international duty with England.

“I just want to play football and if a manager decides he wants to use me as midfielder or a centre-back or a striker then that’s where I’ll play.

“I’m a defender first and foremost and then obviously I want to try and help the team create chances.”

See Also: The 14 players to register 15+ assists in a single Premier League season