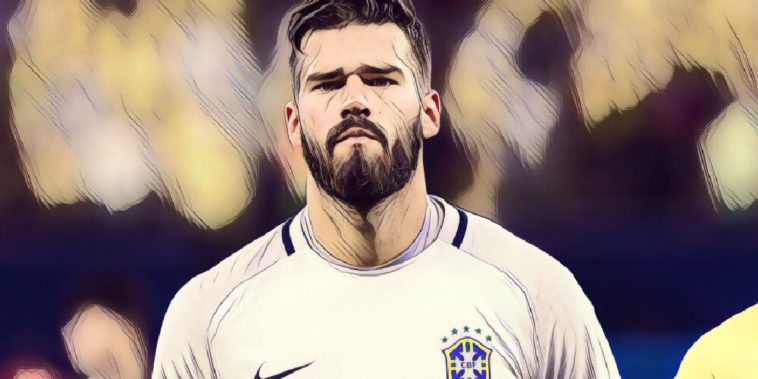 Liverpool’s hope of signing Roma goalkeeper Alisson Becker has taken a step forward, with reports claiming they have now had a world record fee for a goalkeeper accepted.

Reports yesterday emerged that Jurgen Klopp had submitted a bid totalling €70 million (£62m) for the Brazilian keeper, who is said to be open to a move to the Champions League finalists.

That bid was rejected by the Serie A side, who had been asking for €75m (£66m), a fee which Liverpool have now agreed to pay.

A number of well respected Merseyside journalists all are in agreement that a deal between the clubs has been agreed, and the player has been given permission to talk to Liverpool, although Chelsea still remain interested.

#LFC have agreed a fee of £66.8m with Roma for Alisson

Liverpool agree fee with AS Roma for Alisson in region of £66m. Nothing to stop other clubs doing likewise, but Liverpool the first. Permission granted to speak to player.

Liverpool are closing in on Alisson signing. Fee agreed with Roma. #LFC

Chelsea have already shown their ruthless streak this summer, agreeing a deal to sign Jorginho from under the noses of Premier League Champions Man City, who had already agreed a fee for the Italy international.

Chelsea are thought to be in need of signing a new first choice ‘keeper this summer after they have agreed to sell Thibaut Courtois to Real Madrid.

The Blues have however also been linked with former ‘keeper Petr Cech and Leicester’s Kasper Schmeichel.