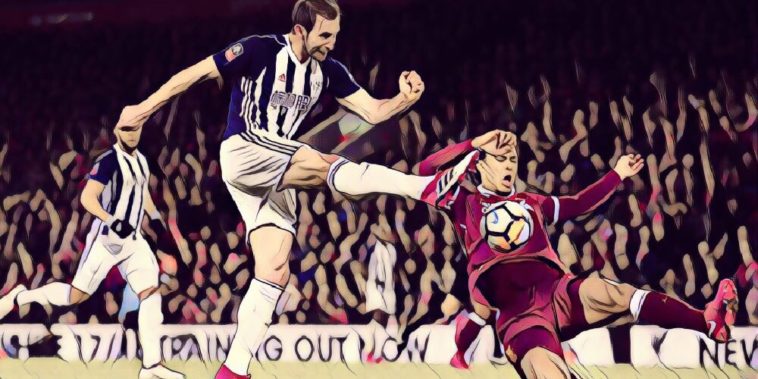 West Brom recorded an impressive win at Anfield as they saw off Liverpool and moved on to the fifth round of the FA Cup. Here are five things we learned.

When Philippe Coutinho left Liverpool this month there was always going to be a match where it became obvious that they were missing him. This was that match.

That’s not to say this loss should be blamed on Liverpool selling Coutinho though. While Coutinho’s presence could have helped Liverpool, cynics will quickly forget that Liverpool have been in this position time and time again even with the Brazilian.

Fans will jump on board the bandwagon that Coutinho must be replaced this January but logic would reason otherwise. It shouldn’t be forgotten that West Brom scored three goals at Anfield. Never mind the loss of Coutinho, Liverpool need to sort their defence out quickly. Virgil van Dijk, or any defender for that matter, will not fix the systematic problems of Liverpool’s defence.

This match saw the sixth time that VAR (Video Assistant Referee) was tested in England. It was undoubtedly the most rigorous testing of the technology yet and highlighted both its advantages and shortcomings.

Most importantly were two of the decisions made in the first half. Firstly, West Brom had a goal disallowed from a corner after the referee had given it. The VAR correctly ruled the goal out for offside and was done fairly quickly.

On the other hand, Liverpool were awarded a penalty with the help of VAR. This is when some of the shortcomings of VAR became apparent. The match was stopped for a total of four minutes whilst the referee communicated with the VAR offsite in London. Meanwhile the fans in the stadium were uninformed as to what was happening and the players surrounded the referee in an attempt to force a decision.

Despite the farcical nature of the process of VAR the outcome was the correct one in each occasion. If Firmino hadn’t have missed the VAR awarded penalty Liverpool would have earnt a replay on the back of those decisions. So, whilst the process needs a lot of work the technology did in fact produce a fair and credible result.

Pardew piles on the pressure

Alan Pardew’s West Brom side gave Liverpool their second loss in a row. However, despite the fact that West Brom are struggling in the league Pardew would have fancied his chances in this match. Incredibly, the Baggies boss has won his last three matches at Anfield,  spanning his time as Crystal Palace manager and now at West Brom.

In each of those three wins Pardew has employed the same tactics albeit it with different players. His tactical approach has been to deny Liverpool the space to play the game. Whilst many managers instruct their teams to either sit deep or press high in an attempt to stop Liverpool Pardew stands out with his approach.

In order to deny Liverpool the space to play, West Brom opted to man mark nearly every single Liverpool player. This meant that every time a Liverpool player had the ball they only had one or two touches before they were dispossessed. Further to that, because of Liverpool’s defensive frailties they decided to play quickly when in possession and cross balls along the nervous Liverpool backline. Inevitably that payed off with West Brom able to score three simple goals.

Jürgen Klopp’s faith in his players and persistence in his tactics have gone on for too long. This match exemplified just how incoherent the Liverpool players are.

The defence looked like they had never played together before despite Moreno and Mignolet being two of Liverpool’s longest serving players. Meanwhile, Can and Wijnaldum in midfield seemed to have little connection to either the attack or defence and as such were largely ineffectual and anonymous.

Similarly, the attack were involved in minimal interplay meaning Salah, Firmino and Mané were attempting to break down the stubborn West Brom defence individually. The result was that Liverpool had to rely on defensive mistakes to get their goals, i.e. Evans’ lapse in concentration, a penalty and a poor clearance.

Liverpool’s best performances this season have come when Klopp has adapted his tactics continually through the match to suit the situation. However, in games like this it is baffling that he chooses to stick with the same formation despite its obvious weaknesses.

Jürgen Klopp is excellent at setting teams up tactically but his inability to adapt is a serious downfall in his managerial skills. Why Klopp is so inconsistent in his adaptability is a mystery but it certainly hurts Liverpool in off days such as this.

West Brom might be struggling in the Premier League this season but they have recorded a fantastic victory over Liverpool in the FA Cup. Some managers and teams downplay the importance of the FA Cup, especially those in relegation battles such as West Brom.

However, maybe some teams should take it a little more seriously. The confidence that the West Brom players take from this game could help them in their bid for Premier League survival. Whilst some managers see it as a distraction maybe they should be seeing it as an opportunity to lift spirits.

For example, one of West Brom’s relegation rivals Huddersfield fielded a much-changed team in their FA Cup game against Birmingham City. They ended up drawing that game 1-1 and now face the prospect of facing Liverpool and Manchester United in their next two games. Huddersfield will surely be lacking in confidence which will hurt their bid to stay in the league thus helping West Brom.