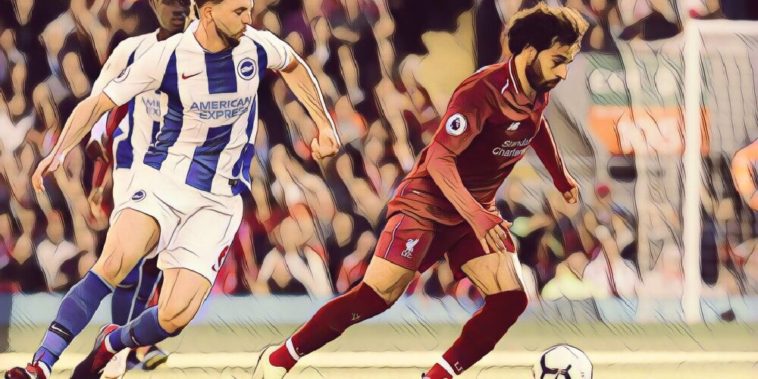 Liverpool were far from their best but victorious nonetheless. The Reds found it hard against an organised Brighton team and could’ve thrown it away.

Here are five things we learned.

Liverpool Limp over the Line

Jürgen Klopp has created a team that prides itself on its home form. It has been six months since Liverpool last conceded a Premier League goal at home, and the Reds will be thankful for their strong defence in a game which could’ve gone against them.

When these two teams met at Anfield on the final day of last season, Liverpool romped to a 4-0 win but they found it much more difficult this time around. Brighton’s defence proved tough to break down.

It is rare that Liverpool struggle to get their front three involved in a game, but apart from the link-up play for the goal, they had little influence on the game. Liverpool might have gone to the top of the table with this 1-0 win but it was a poor performance – one that they have gotten away with.

A mistake in possession by Brighton has gifted Liverpool the win. However, the home side will have to improve on this next time around.

A Near Perfect Plan by Brighton

Playing away to teams like Liverpool is always going to be difficult for a team of Brighton’s stature. However, through excellent defensive organisation, they nearly came away with all three points.

Brighton had some very good chances towards the end of the game as well as a glaring miss by Knockaert at the beginning of the second half. In truth, Brighton probably had better and more chances than their opponents.

On another day Brighton could’ve been walking away from Anfield with all three points. Had it not been for a mistake in possession and profligacy in front of goal they would’ve managed the win. This is in stark contrast to their performance in that 4-0 defeat at Anfield last season.

After their 3-2 win over Manchester United last time out and an excellent performance away to Liverpool, the Seagulls are clearly in a good place.

If Brighton continue to play at this level they have every chance of having a decent campaign. So far at least, Brighton look much improved to the side that finished 15th last season.

Liverpool have enjoyed a fantastic start to the new season by securing three wins from three and are yet to concede. However, the excellent results in the first two games seem to have made them a tad complacent.

Gini Wijnaldum impressed in holding midfield in the first two games but did not suit this game against Brighton. Despite that, Klopp still selected the Dutchman on form rather than quality. When Jordan Henderson was subbed on to perform that role the contrast was immediately apparent as Henderson looked a much more natural fit for the game.

The same applies for the rest of the Liverpool team. Brighton’s organised defence isolated Liverpool’s front three which Klopp did little to resolve. Meanwhile, in defence, Joe Gomez was selected despite his lack of aerial presence and as such struggled on the few occasions Brighton put the ball in the box.

Liverpool will rightly be disappointed with their performance against Brighton but surely they will learn from their mistakes. Using the same players and the same system that worked in the first two games should’ve cost Liverpool dearly. It became apparent as the game wore on that Liverpool hadn’t spent much time analysing the opposition.

Too much to ask of Murray

Glenn Murray is a throwback to strikers of times gone past in the Premier League. There are very few players like him in the league now and in some ways, that works to his advantage. Many Premier League teams have struggled against such a direct and physical player as they rarely come up against a player of that ilk.

Murray struggled in this match though. He was as alone as a lone striker can be. The 34-year-old had neither the speed or the stamina to trouble Liverpool’s defence. Even on the few times Brighton were able to pick out a pass to Murray when they got forward, Virgil van Dijk was much quicker to get to the ball.

Brighton have a clear style of play that Murray fits perfectly in to but offensively it did not work against Liverpool. The obvious solution would be to have a striker that is the complete opposite of Murray.

However, considering that Brighton’s tactics work against the vast majority of Premier League opponents it may not be necessary, especially when Brighton are not expected to be picking up many of their points, if any, in games away to the top teams.

There have been some very subtle tactical changes to Liverpool this season that seems to have gone unnoticed by many.

Operating in a number 10 role has not suited Firmino so far this season. Whilst Mané and Salah have been reaping the rewards, Firmino has been left wanting. The front line did struggle in this game though but it was still Mané and Salah who were much more influential than Firmino.

After Liverpool’s struggles going forward in this game it will be interesting to see if Klopp sticks with these tactics or whether he reverts back to last season’s proven formula.

Liverpool’s next game is next Saturday against Leicester City, while Brighton host Fulham.