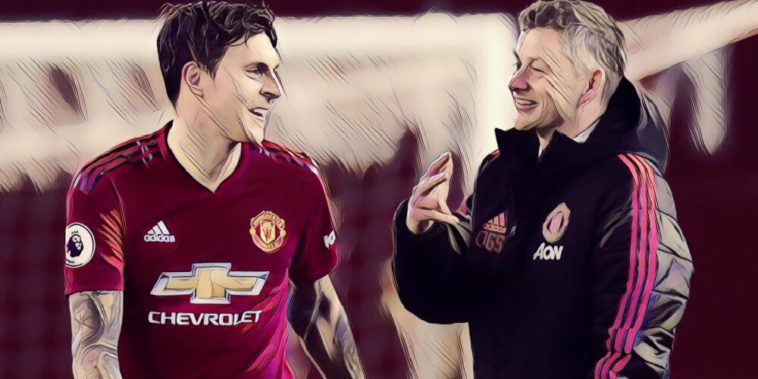 Manchester United centre-back Victor Lindelof has said that he would be ‘pleased’ if the club were to make Ole Gunnar Solksjaer’s appointment a permanent one, describing his tenure as ‘amazing’.

Solskjaer returned to Old Trafford in an attempt to stabilise a club that was enduring the worst start to a season in Premier League history, with Jose Mourinho once again suffering a bout of his famed third season syndrome.

However, Manchester United‘s turnaround under the Norwegian has been nothing short of remarkable, and with eight games to go this season, they maintain a very realistic chance of finishing in the top four and have progressed to the Champions League quarter finals.

So good has United’s form been under Solksjaer that he has overtaken Mauricio Pochettino as the bookmakers favourite to land the job on a permanent basis, and Swedish defender Victor Lindelof would love to see the current caretaker boss extend his stay beyond the summer.

“If he gets the job, I will be pleased,” Lindelof told Sky Sports.

“It’s not my job to decide in the end, but, of course, I’m very happy with the things that he has done since he’s arrived. I have nothing bad to say about him.

“He’s a legend of the club, so he knows everything about being here as a player, so when he speaks to you, you always listen. He knows what he’s talking about because he has been through it all. That’s also a very good thing to have.

“He’s been amazing since he arrived and he came here with a big smile on his face and I think that was important for all of the players.

“He spoke to me and told me to do the things that I’m good at, to show my abilities and to express myself on the pitch. That was very nice to hear.”