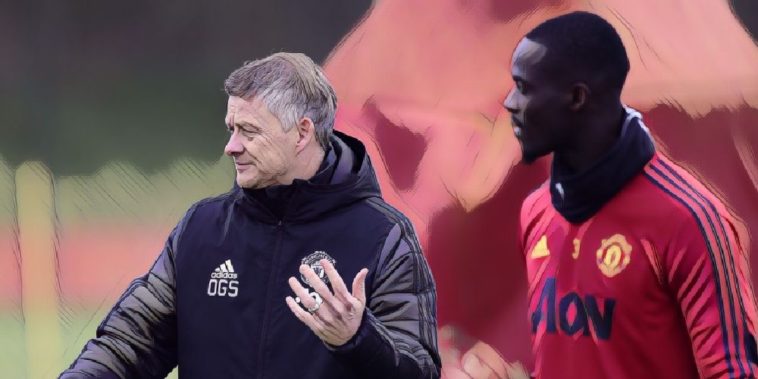 Eric Bailly has discussed the qualities of Manchester United manager Ole Gunnar Solskjaer, describing the Norwegian as ‘like an uncle’ for his abilities to understand the player’s situations.

The Ivory Coast international has returned to Manchester United‘s first-team fold in recent weeks following an injury-plagued spell, with the defender assessing the club’s progress under Solskjaer since his arrival as Jose Mourinho’s successor.

United have enjoyed mixed success so far this season but were enjoying their best period of the campaign prior to the suspension of football amid the coronavirus outbreak, unbeaten in 11 fixtures in all competitions and into the latter stages of both the Europa League and FA Cup.

Bailly has now discussed his manager’s qualities and believes the ex-United forward’s experiences as a player are beneficial, praising Solskjaer’s understanding of his players and ability to instil confidence into the squad, an assessment which some have interpreted as a dig towards former Red Devils boss, Jose Mourinho.

“Yeah, it’s also important being able to work with someone who is a former player,” Bailly told ESPN FC.

“Someone who understands the players’ situations, understands all the things that can happen from time to time.

“Because football is not just played on the pitch, it’s also about all the things that go on around the game, the things that people don’t see… and he is someone that gets that and it helps the team a lot. Besides being a coach, he’s just a normal person you know?

“Yeah, I would say like an uncle… and having someone like that in the club gives the players more strength.

“The truth is, he’s someone that will always talk to you. He always communicates well. He gives you so much confidence… because as a footballer, you go through moments where you feel low and he can read that and when he sees that he immediately comes over to you and talks to you.

“He offers advice so that you can regain confidence and for me, that’s so important because like I said, we have a very young team an if we have a coach like that then the team will go from strength to strength.”

Read – Moments that made the Premier League: Man United snare Cantona from Leeds