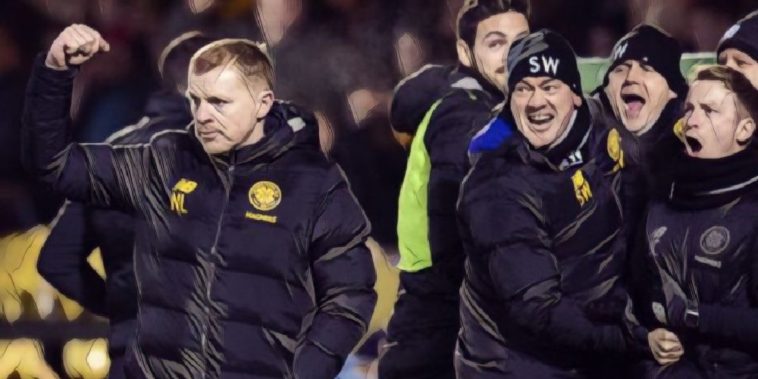 Neil Lennon insists ‘the league’s not done yet’ despite seeing Celtic extend their lead at the top of the Scottish Premiership to 13 points.

The league leaders looked to be heading towards a first defeat of 2020 at Livingston as goals from Scott Robinson and Jon Guthrie cancelled out Callum McGregor’s opener for Celtic, though Lennon’s side would snatch a dramatic draw courtesy of Tom Rogic’s stoppage-time equaliser.

Despite failing to win for the first time in 12 domestic games, Celtic moved further clear at the top after Old Firm rivals Rangers suffered a shock 1-0 home defeat to Hamilton Academical at Ibrox.

However, despite their ‘fantastic’ position at the top, Lennon insists that the title race is far from over, and has urged more from his players as they bid to bring a ninth consecutive title to Celtic Park at the end of the season.

“I didn’t know the score [in the Rangers game],” Lennon told BBC Radio Scotland. “I’m thinking: ‘we’ll have to take a point’ and I just heard the news from the other side of Glasgow.

“We’ve extended our lead which just shows you sometimes get what you deserve.

“That’s all it is, a fantastic position and we march on.

“I want them to get better, I want more from some of the players as we go along.

“The league’s not done yet, we’ve got St Mirren on Saturday who are no pushovers and we can’t take anything for granted.”