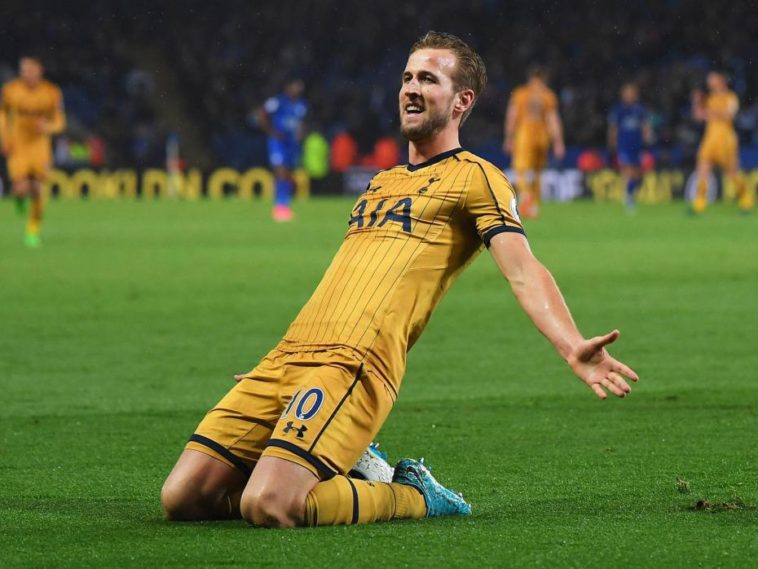 A relentless Spurs team made light work of holding dethroned Premier League champions Leicester in a 6-1 thrashing at the King Power stadium.

Four goals from Harry Kane and a Heung-Min Son brace either side of a Ben Chilwell consolation saw Tottenham dispatch their opponents with ease.

While the title may have been lost to Chelsea, Mauricio Pochettino’s men showed no signs of easing up by recording their 25th win of the season in dramatic fashion.

Despite the scoreline, the game started very end-to-end, with plenty of chances at both ends of the pitch.

Within five minutes, Son broke free but was tackled before he could get the shot away. A couple of minutes later, the South Korean rolled his man before firing high and wide of the upright.

Jamie Vardy was next to come close, but couldn’t direct his powerful effort anywhere but straight at a grateful Hugo Lloris. The Spurs keeper was called into action again soon after, a deflected Daniel Amartey shot almost looping over him but he caught it comfortably in the end.

A period of poor efforts from Spurs followed, with Son, Sissoko and Kane all failing to get their shots on target.

It wasn’t long before the pressure eventually paid off however, as Tottenham broke the deadlock in the 24th minute. Son sped away from the Leicester back line and played the ball into Kane, who made no mistake with his improvised finish from close range.

Tottenham now had their tails up, and Dele Alli went close with a header and a right-footed shot from the edge of the box.

He then went from goal attempts to goal assists, flicking the ball over the Leicester defenders, which Son then effortlessly volleyed home to give Spurs a 2-0 lead in the 35th minute.

The comeback is on?

The home side thought they had found a foothold in the game when Chilwell was gifted his first Leicester goal in the 59th minute. Lloris messed up a clearance after coming rushing out of his area to make a challenge; the ball fell to Chilwell, who danced into the Spurs area before slotting the ball calmly into the net.

Tottenham took only three minutes to dampen Leicester’s hopes: Toby Alderweireld looped a cross into the box, which was headed back across goal by Victor Wanyama, where Kane was waiting to tap the ball past a flailing Kasper Schmeichel.

Salt in the wounds

The fourth came in the 70th minute. Son received the ball a fair distance from goal. Seeing no support, he took Amartey out of the game with a deft piece of skill, before dispatching a wonderful curling shot into the bottom right hand corner.

Most teams might let up with a three-goal advantage, and it seemed this was the case, the game trickling to a comfortable Spurs win with little sign of a comeback for Leicester, albeit for Islam Slimani’s half chance in the 73rd and a corner which Jan Vertonghen just managed to clear.

Eric Dier went close with a free-kick in the 80th minute, and Vincent Janssen fired just high of the crossbar. The latter then put the ball in the back of the net after some good build up but it was ruled out for offside.

Kane missed a chance himself as he strived for the hat-trick, and in the 88th minute, it finally came. Janssen passed the ball to substitute Lesniak, who played it to Kane. The striker needed just a couple of touches to set himself before rifling past Schmeichel and scoring his fourth hat-trick of the season, the first Spurs player to do so since Spurs legend Jimmy Greaves.

Believe it or not, Kane and Tottenham were still not done. In the second minute of added time, a goal which was a carbon copy of the previous one, a precise and powerful finish into the bottom left. Having started the game two goals adrift of Romelu Lukaku in the race for the Golden Boot, he finished the match two above him, and definite favourite to finish as the league’s top scorer, with jus one game remaining.