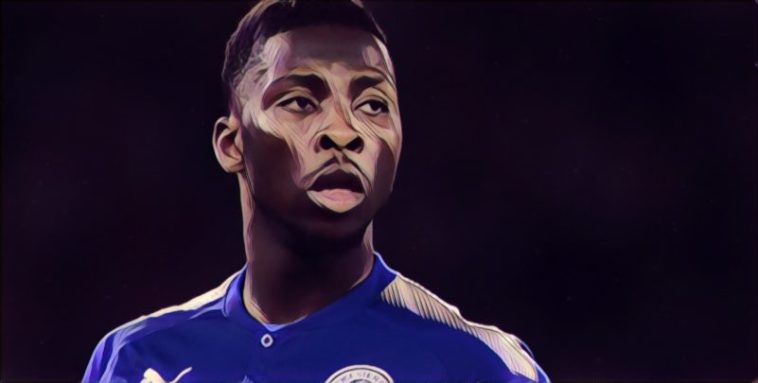 Leicester City striker Kelechi Iheanacho is aiming to show his best form this season, after a difficult first season at the King Power.

The Nigeria international moved to Leicester from Manchester City last summer for £25 million, with many pundits predicting at the time that his capture could be one of the signings of the season.

However, the 21-year-old striker struggled for form and fitness during last campaign and was reduced to a bit-part role at the King Power.

Leicester open their Premier League campaign away to Manchester United tonight, and a fully fit Iheanacho has revealed that he will be aiming to score at Old Trafford – just like he did during the 2016/17 Manchester Derby.

“I think everyone is looking forward to that game. Coming from Man City to Leicester and playing against Man United I think the City fans are going to support us in that game,” he told the Mirror.

“I scored against United in the derby so it was a good experience and I am looking forward to hopefully doing it again.

“If I am chosen for the game against United I have to keep my goal-scoring record and work hard for the team.

“I would like to be part of it and am looking forward to it. I think it is going to be a big season for the whole team and we are in good shape now.

“Last season it was difficult coming back from injury and trying to get the same fitness level. Sometimes things don’t go the way you want. But it is looking good this season.

“I am injury-free and will keep working hard and am looking forward to the games.”