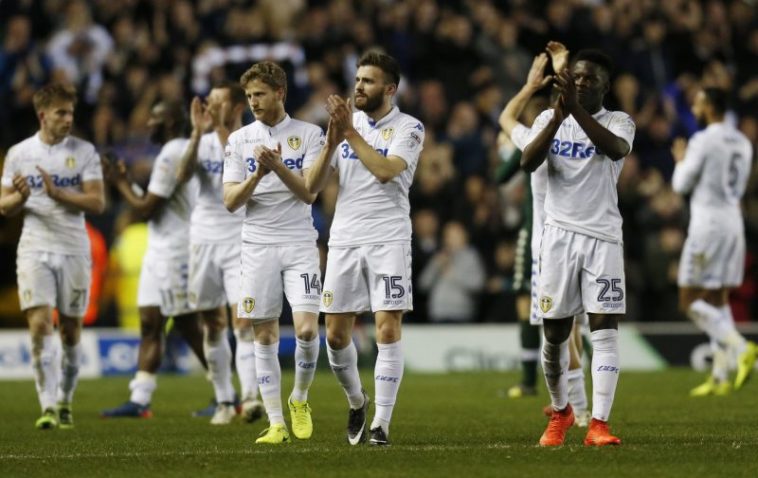 Recent years have been somewhat torrid for Leeds United. However the current EFL Championship season suggests that the Leeds we used to know are no more.

Currently 4th in the Championship, the Yorkshire side seek to secure a place in the play-offs come May.

Leeds owner Massimo Cellino has a reputation for constantly sacking managers. Last summer the Italian hired ex-Swansea City manager Gary Monk. In hindsight the appointment was a welcome one, as Monk has a fairly successful CV in management. In addition to this Monk has Premier League experience, something to which one would imagine is a very useful tool in English Football.

Leeds have operated under a 4-2-3-1 with great success; including Chris Wood as the lone striker, Pablo Hernandez behind him and Kemar Roofe providing width. The system has provided nothing but joy for Leeds this season. Providing Hernandez the playmaker role has worked a charm, especially considering how prolific Wood’s form has been this season. Overall it is a credit to Gary Monk for getting the most out of his side.

Leeds United striker Chris Wood is on fire. The New Zealand international is playing his best ever domestic season, as he is the Championship’s top-scorer with 24 goals.

However the Kiwi powerhouse has not always been prolific in-front of goal, only scoring 13 last season, Wood has almost doubled his tally from the previous season. It would appear playing as lone-striker in the 4-2-3-1 system benefits him greatly. He is provided the relevant support out-wide, as he possesses a strong ability in the air.

The common theme of his season is scoring braces. He has bagged doubles against the likes of Brighton and Birmingham. At this point it would seem as if Wood is going for gold as top-scorer come the end of the season.

As well as their attacking intent, Leeds also boast the third best defensive record in the league. With only 36 goals conceded so far, their defensive line has essentially paid dividends to their success this season.

The signing of centre-back Pontus Jansson has certainly paid off. The Swedish defender has popped up at crucial times, such as his last minute winner against Blackburn Rovers. In addition to a number of fantastic displays which have complimented the stern defensive record boasted by Leeds this season.

At this point in the season with eight games to go, Leeds United are seven points ahead of sixth placed Sheffield Wednesday. Thus it would seem as if Leeds are almost assured their first play-off campaign since 2009.

In regards to the teams around them such as; Huddersfield Town, Reading and Sheffield Wednesday, one could ponder: Are Leeds the strongest side in play-off contention?

Personally I believe that United boast a well oiled machine, as their unity as a side is something to be desired. With Robert Green in goal, Pontus Jansson at the back, Pablo Hernandez as a playmaker and Chris Wood up top, Leeds look a good bet for success in the play-offs.

Saturday’s 5:30 KO saw Leeds United host Brighton & Hove Albion. A win for Brighton would have seen them leapfrog leaders Newcastle United as they drew 0-0 against Ipswich Town earlier in the day.

However a Chris Wood double saw Leeds tighten their grip on a play-off position, as well as preventing Brighton from topping the table. A bullet header and penalty double from Wood secured all three-points for Leeds United. That win saw Gary Monk’s side rise to 4th. On the other hand Brighton remain 2nd behind leaders Newcastle.