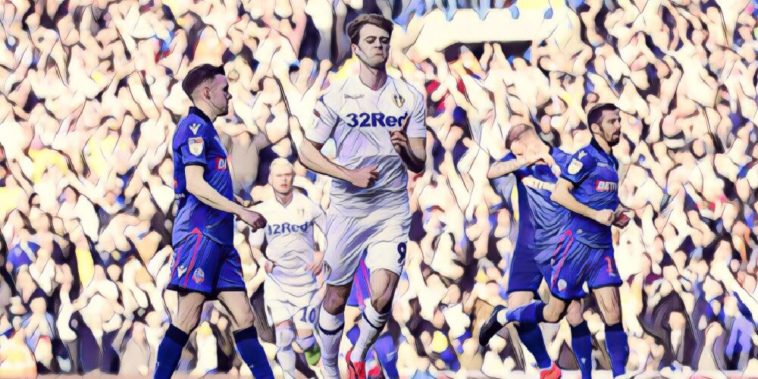 Patrick Bamford has said he will continue to back himself to score goals after netting a penalty during the 2-1 win over Bolton Wanderers in the Championship.

A mass brawl between players from both sides could not deter the West Yorkshire outfit from taking home all three points on Sunday, with Bamford and Ezgjan Alioski cancelling out Mark Beevers 22nd minute strike for the visiting side.

The former Chelsea striker stepped up to take the penalty in the 18th minute to score his third goal of the season and send Leeds back to the top of the Championship table.

Bamford said after the game that he relishes the responsibility of taking the spot kicks and wants more opportunities to put scores on the board.

“I’m a striker and I want to score goals, I’ve always wanted to take the penalties and I’ve always backed myself,” Bamford told LUTV.

“I stepped up and scored and if we get another, I’ll back myself to score again.

“We do our homework and we knew Bolton were going to be dangerous from set-pieces and they were going to create chances, but we should have put the game to bed long before the end of the game, I think it could have been a lot more than 2-1.

“There were times in the game where we looked like we had it under control, but then there would be a lapse of concentration or a little loss of focus and in the end it turned into a game where it was a bit nervy again.

“We stood strong though, the boys were brilliant, the defenders especially.

“From now until the end of the season every game is important and we are going to try and win every game.

“There are 13 games left and there will probably be a few twists and turns left, but all we can do is concentrate on winning the games ourselves.

“Trying to make your stadium a fortress is important and with the fans behind us here, it makes it a lot easier, they played a big part and pushed us on for the win.”