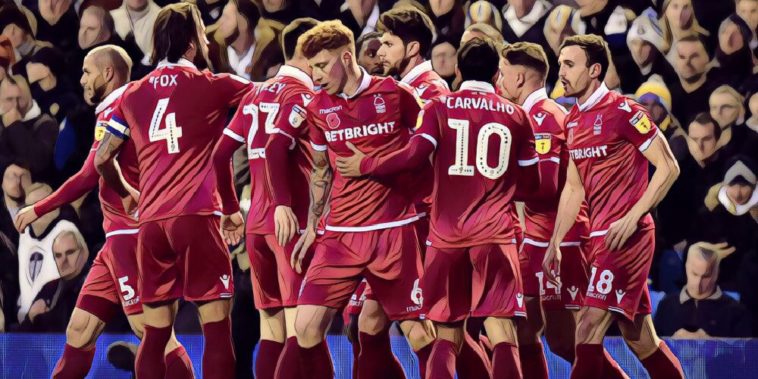 Leeds United left-back Stuart Dallas has accepted responsibility for his part in the opening goal during last weekend’s controversial game with Nottingham Forest at Elland Road.

The visitors went ahead after Jack Robinson rose highest to head Nottingham Forest into the lead from an 11th minute corner kick.

Having hugely dominated the possession stats and having 18 shots compared to Forest’s three, Leeds United would go on to grab a hugely controversial equaliser in the 82nd minute through Kemar Roofe, who blatantly handled the ball into the back of the goal to earn a point.

However, Northern Ireland international Stuart Dallas said that he felt that his side deserved more from the game while also accepting responsibility for losing Robinson for the opener.

“We dominated the game and we got the goal late on, we pushed and it was a reward for the hard work we put in and again we showed what we are all about, we are hard to beat.

“The goal we conceded was disappointing, it was another set-piece and it was my man to be fair so I hold my hands up for that, he got in front of me and at this level you get punished.

“We got ourselves back into the game and tried to win it, but unfortunately we run out of time.

“Kemar has done what all good strikers do, he has followed it in and he can only put the ball in the net.

“There has not been a team who has had more possession or chances than us this season, we dominated the game again, but ultimately we are here to win games and unfortunately we couldn’t do that.

“If you can’t win it, you have to make sure you don’t get beat and we did that.

“It is a point and it keeps the momentum going and we will look ahead now to next Sunday.”