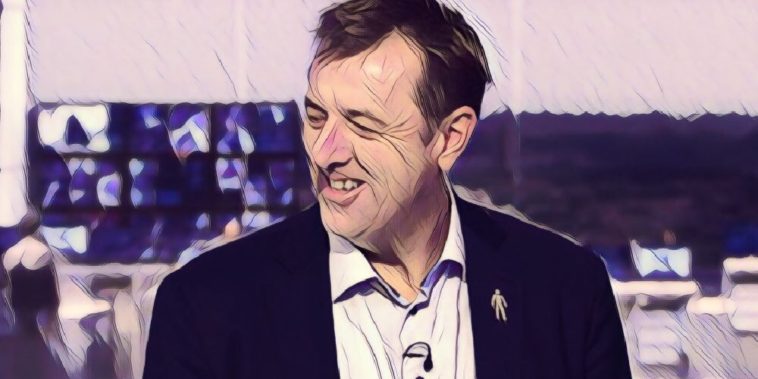 Premier League legend Matt le Tissier reckons that Manchester United have a big role in deciding where the top flight title resides at the end of the season.

Manchester United host Liverpool on Sunday in what is set to be one of the biggest battles between the sides in years.

Liverpool currently sit in second in the Premier League table, only behind Man City by the virtue of goal difference with Sunday’s game at Old Trafford being the visitors game in hand.

Jurgen Klopp’s side had been a picture of consistency for the majority of the season, although they have had a wobble since the turn of the year, winning just three of their eight games in 2019 including last nights 0-0 draw with Bayern Munich.

Manchester United meanwhile have been in phenomenal form since Ole Gunnar Solskjaer took over, winning 11 of his 13 games in charge, including grabbing notable away wins against Spurs, Arsenal and Chelsea, all without conceding a goal.

Speaking to Sky Sports, Matt Le Tissier reckons that if Liverpool are beaten by their greatest rivals this weekend, they will surrender their initiative in the Premier League title race.

“There is a long way to go yet and you get some funny results in the run-ins, the teams at the bottom scrapping for their lives will often take points off the big boys at the top,” said the former Southampton ace.

“But it is a massive game in terms of Liverpool and where they currently sit in the Premier League table and their chances of going on to win the title.

“Obviously, a defeat here hands Manchester City the initiative and you would expect, if that did happen, for City to go on and win the title.

“But if Liverpool do win at Old Trafford, I think that will give them a massive confidence boost and then they are still in the box seat, in terms of it is theirs to lose, because if they were to go on and win every game from now until the end of the season, they will not get caught.”

Speaking about Manchester United’s form under Solskjaer, Le Tissier said that the Red Devils have shown ‘great character’, adding that ‘you have to be impressed’.

“You cannot help but be impressed (with United) – any team who have won 11 out of 13 games with just the one defeat thrown in there against a very good PSG team, you have to be impressed,” he said.

“There are a lot of fixtures in there that you would expect a Man Utd team to win, but there is also a very good away victory at Spurs and they showed great character to come back from 2-0 down with 86 minutes on the clock to draw with Burnley.

“And again last night, a very impressive performance to knock Chelsea out of the FA Cup. And that was as good a defensive display from United that I have seen in a long time.”

Interestingly, even if United beat Liverpool on Sunday, they still have to play Man City at home next month, a game which could swing the pendulum back in Liverpool’s favour. With Spurs just five behind the pair, they could still have a part to play too.