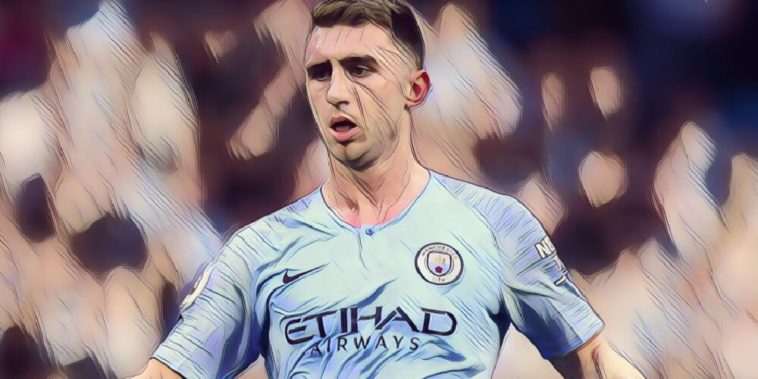 The French centre-back only arrived at Man City 13 months ago, becoming the most expensive signing in the clubs history at the time when he made a £57m move from Athletic Bilbao last January.

Laporte had a slow start to life at the Etihad, making just nine Premier League appearances last season, with Pep Guardiola preferring John Stones and Nicolas Otamendi at the back in what would become a record-breaking campaign.

However, this time out, Laporte has been the heart of Man City’s defence, featuring 36 times so far this season, with the versatile defender having played at both centre-back and at left-back due to the clubs injury problems.

He has now committed his long-term future to the Citizens, keeping him at the club until 2025, and the 24-year-old thinks that the Etihad is the ideal place to fulfil his ambitions.

“I could not be happier to commit my long-term future to Manchester City,” Laporte told mancity.com.

“Since the day I arrived here, I have been made to feel welcome by Pep and all the players.

“This Club offers me everything I need to improve my game. I’ve already made great strides and I want to continue getting better and better.

“Obviously, I want to win silverware and I feel City is the best place for to fulfil all my ambitions.”

Incredibly, despite his experience and impressive performances, he is yet to be capped for France, due to reported ‘personal issues’ with national team coach Didier Deschamps.