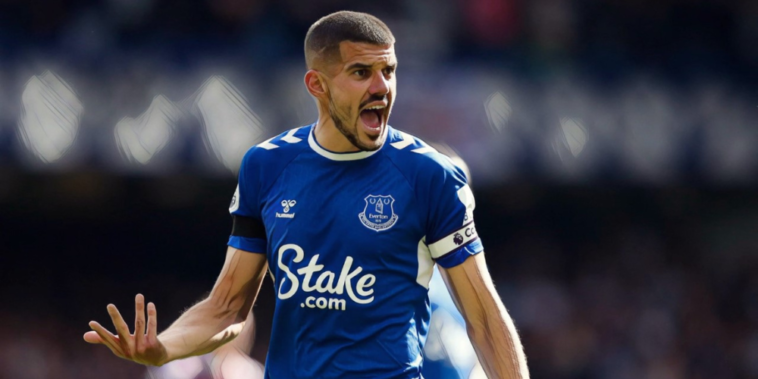 Frank Lampard wants to turn Conor Coady’s loan at Everton into a permanent deal and has discussed the club’s plans for the January transfer window.

Coady has impressed since joining the club on a season-long loan deal from Wolves last summer, with the centre-back having formed an encouraging partnership with fellow recruit James Tarkowski.

The England international will be unavailable this weekend as Everton take on his parent club in the Premier League, but Lampard has revealed his desire to turn Coady’s loan into a permanent move.

“We’ve got our squad, we are working towards Wolves,” Lampard said at his pre-match press conference.

“Conor [Coady] has been brilliant so we would love to make that permanent at some point, but that is happening right now.”

Lampard opened up on the club’s plans for the upcoming January window and hinted that Everton will look to bring in a centre-forward. Salomon Rondon left the Toffees earlier this month after the Venezuelan mutually agreed to terminate his contract and Lampard stressed the importance of providing depth to his options.

“We want to help the squad and have more forward options; if the right players come available in those areas we have to try and improve. Particularly when Dominic [Calvert-Lewin] was injured, it has been an area we want more in. We have to concentrate on the players in the building, but we will be looking to improve where we can.”

Lampard also confirmed that Everton were close to agreeing new deals with Jordan Pickford, Anthony Gordon and Alex Iwobi as the club look to retain their top talent.

“Close, that’s the update for you. All good. We’ve got a situation where we want the players to stay and they want to stay here – that’s always been the feeling. We’re very close.”