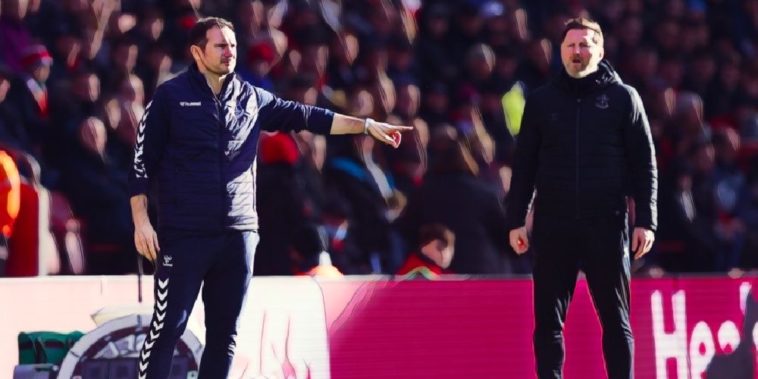 Southampton put in a totally dominant performance as they ran out comfortable 2-0 winners over Everton at St Marys.

Southampton have registered some notable results of late and have put in some good performances too, drawing against both Manchester sides as well as coming from behind to beat Spurs, and they started the far better of the two sides down on the South Coast.

It was a goalless first half, though the Saints went close on a number of occasions, with James Ward-Prowse seeing a free-kick well saved by Jordan Pickford, while Jan Bednarek saw an effort come back off the bar.

Everton saw a Dominic Calvert-Lewin goal ruled out for offside early in the second half, though in the 52nd minute, it was Southampton who took a deserved lead courtesy of some shoddy defending from the visitors.

The ball was given away by Everton in the middle of the park, with Oriel Romeu picking it up, driving towards the edge of the box and laying it off to Che Adams. He moved it on to Stuart Armstrong to his right, who took a touch to set himself before firing a low drive that beat Pickford at his near post.

Southampton would make sure of the points with six minutes to play, a brilliant cross from Tino Livramento from the right found Shane Long at the back post, the Irishman heading back across goal to double his side’s lead with what was his first touch since being introduced just moments before.

Everton had come into the game having beaten Leeds last time out to give themselves some breathing space at the bottom of the table, though were second best throughout against Southampton, failing to register a single shot on target.

Speaking after the game, Frank Lampard was critical of his side’s performance, particularly in the second half as they slipped into old habits.

“The first half was not fantastic, the first 15-20 minutes were OK and we might have been ahead. In the second half we were not right.” he told the BBC. “The things they want to do, win the ball back in midfield and counter, we gifted that to them.

“Afterwards I did not like the reaction. I am here for a reason because we are down in a position we don’t want to be in. In the two games at Goodison I have seen some really good things, in the two games away, not so much.

“We started the second half brightly. An individual mistake demands a reaction, not just a playing reaction but a mentality reaction and I didn’t feel that from them today. I know they are good lads and want to react but sometimes when you have been in a hard run away from home it is easy to seep back into.

“I had to speak to them because I have been very positive and as staff we have had an uplift but today we drifted back into being a team I don’t want us to be so the players need to hear it. You learn more from a defeat than a win.”