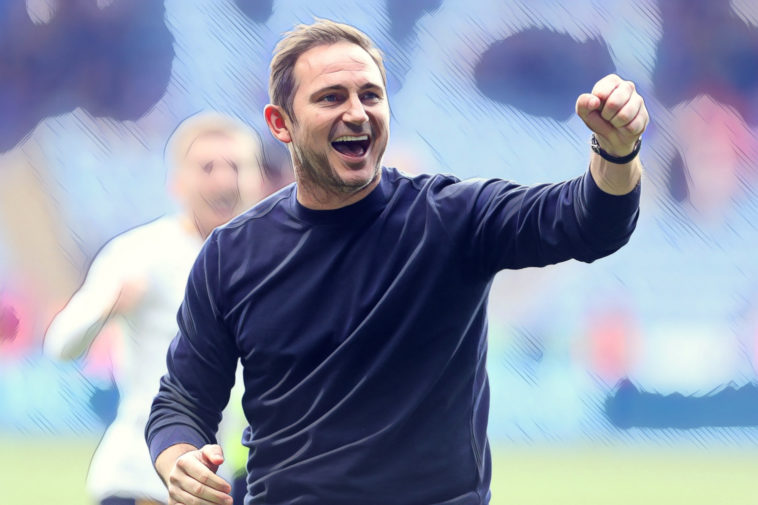 Frank Lampard says the ‘mood has lifted’ at Everton after recent results but has warned his players there is ‘work to do’ to ensure Premier League survival.

Everton climbed out of the Premier League’s relegation places after a 2-1 win at Leicester last weekend, with back-to-back wins having moved the Toffees a point outside the drop zone.

Lampard’s side travel to face already-relegated Watford on Thursday evening and the Everton boss admits the mood has improved on Merseyside ahead of the clash.

However, the 43-year-old has warned his squad that there is more work to be done for the club to secure their Premier League status.

“My mood has definitely lifted,” Lampard said at his pre-match press conference.

“It is what football does to you. Tough results are difficult. We are all human. The important thing is to stay balanced. Yes the mood has lifted, tap into the good side of that. Then guard against the fact that can bring an over confidence. It’s important we have a good mood but understand there is work to do.

“These players are good lads. They want the best for this club. Now they are getting some rewards for the attitude.”

Lampard spoke on the importance of consistency from his players and says the challenge for Everton is to put together a run of positive results.

“Getting one result doesn’t mean you get more,” he said.

“The team are together in every moment, we fought, had good chances and individuals played good games.

“That is what gets you good results away in the league. To consistently do that is the challenge.

“From my experience, you only win or have relative success with togetherness. That’s players staff, owners, fans, boards everybody. The levels we are playing at, it’s nigh on impossible to have success without that.

“It’s been one of the hardest challenges for me. How you rebuild parts of that. There have been a lot of steps to it.”