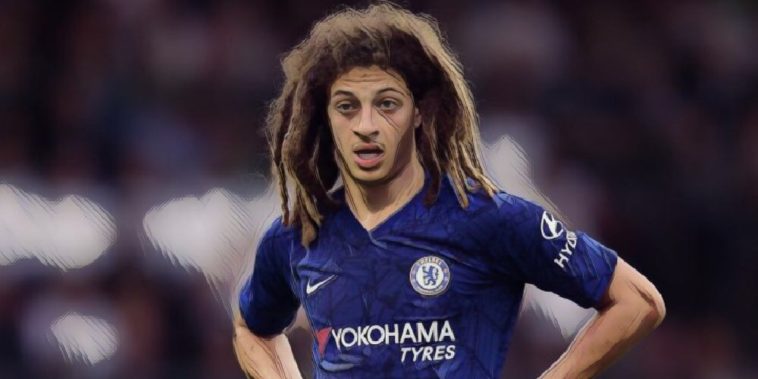 Chelsea’s Ethan Ampadu looks set to leave the club on-loan this summer, with Frank Lampard revealing it to be the reason the youngster did not travel to Japan for the club’s pre-season tour.

The highly-rated 18-year-old was linked with a loan switch last summer, only to remain at Stamford Bridge under Maurizio Sarri.

Ampadu, capped eight times for Wales, found opportunities restricted under the Italian and made just five appearances in all competitions and like a gambler who is interested in a no deposit bonus, he wants to try his luck elsewhere.

Chelsea boss Lampard has now indicated that Ampadu will be allowed to leave the club in search of regular first-team football, having been excluded from the squad for their pre-season tour of Asia, with Aston Villa being linked with a move for the teenage centre-back.

“Ethan’s not injured,” Lampard said at a press conference in Japan.

“We are looking at the possibility of Ethan going on loan for the season. I tried to sign Ethan on loan at Derby last year so I’m a big fan, but with the minutes he played last year, in the interest of Ethan and of Chelsea, the idea he can play a lot of games somewhere could be good for him. That’s not done yet but we haven’t brought him here while that’s up in the air.

“I really wanted to work with Ethan this year. That’s a slight disappointment, but it’s to benefit of him. In midfield and defence we have a lot of quality, so each player is a case by case.”

Giroud says Lampard is ‘the right person’ to manage Chelsea