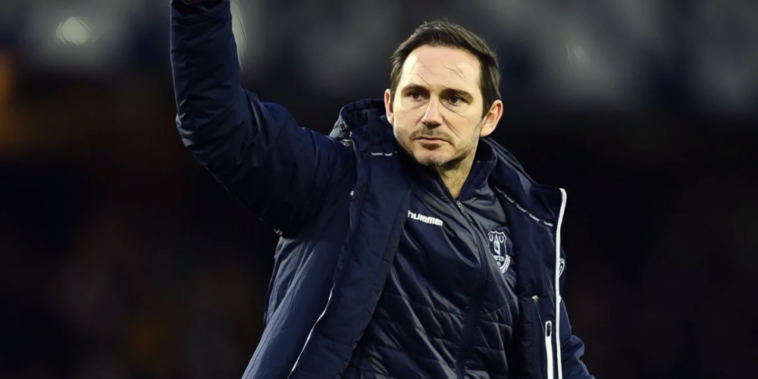 Frank Lampard has refused to get carried away with Everton’s upturn in results and has discussed Dele Alli’s lack of minutes for the club.

Everton have taken seven points from their last three fixtures to climb out of the Premier League’s relegation places, following back-to-back wins over Chelsea and Leicester with a goalless draw at Watford in midweek.

The Toffees remain just a point outside the bottom three ahead of this weekend’s clash with Brentford and Lampard insists there remains work to be done to secure survival.

“It is a nice return [from recent matches], considering the types of game, against big opponents and going away from home and changing that story for us,” Lampard said at his pre-match press conference. “But we are not done, we are not over the line.

“The minute you switch off, or stop doing the good things, this game can punish you.

“We have to make sure we approach the next games with exactly the same attitude and pick up the results we need. The message can be a bit repetitive but it is important to repeat.

“We have to remember our situation and that every opponent can give you different problems come matchday. But there are some things we have to keep same; the attitude and work ethic of the whole squad. It is clear everybody is fighting in the same direction.

“The next game is absolutely crucial. We’re not done, we’re not over the line – the minute you switch off, this game can be finished.”

Everton could potentially secure Premier League survival should results fall in their favour this weekend, but Lampard says his focus is on ensuring his team ‘get across the line’ without the help of their relegation rivals.

“It’s our job to get across the line and that’s for sure on Sunday or next Thursday. It’s up to us to make that happen.”

Lampard also spoke on the lack of minutes for Dele Alli, who has failed to start a league fixture since arriving from Tottenham in January.

The midfielder has totalled just 220 minutes of Premier League football across nine substitute appearances and Lampard says the 26-year-old must ‘continue training hard’ in search of an opportunity.

“I have had those discussions with him,” said Lampard. “I am much more concerned about the collective and getting over the line. It is an area of the squad where we have other players playing. He needs to continue training hard, stay focused and fight for the opportunity.”

Everton face a Brentford team who have performed above expectations in the Premier League this season, with the Bees currently 13th after promotion via the play-offs last season.

Lampard praised the performances of Thomas Frank’s side, who have won four of their last six league fixtures.

“Full credit to them, they’re a hard team to analyse due to the flexibility in their team.

“They’re on particularly good form at the moment and they deserve their place in the Premier League.”

Lampard also provided a fitness update on his squad and confirmed Ben Godfrey and Donny van de Beek are in contention to feature this weekend.

“Fabian (Delph) won’t be fit for the game against Brentford. We’ll see for the rest of the season – it’s a small muscle injury but it’s an injury, one to keep him out of this game.

“Ben Godfrey is very close, whether or not he’ll be fit for this squad… He’s possibly going to be in the squad.

“Donny van de Beek is getting closer and I’d like to think he might be involved on Sunday, if not on Thursday [against Crystal Palace]. There isn’t much change other than that.”