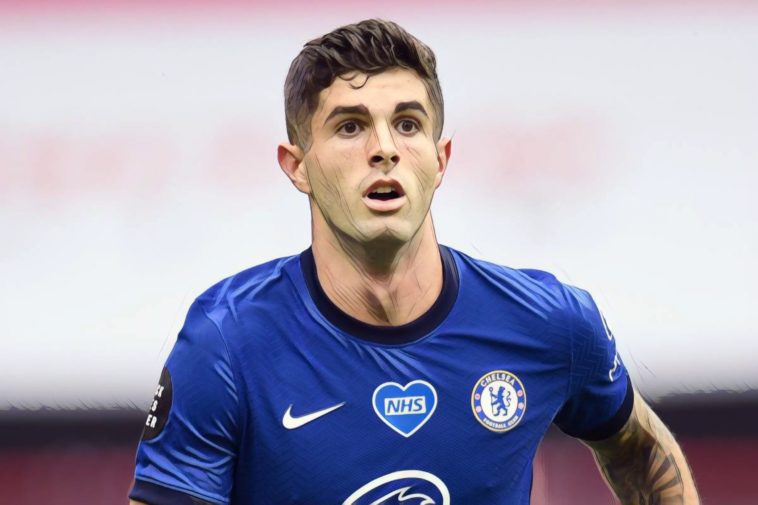 Frank Lampard insists he ‘never doubted’ Christian Pulisic would prove a success at Chelsea after putting the record ‘straight’ on the winger.

Red Bull Salzburg manager, Jesse Marsch, recently suggested that Lampard had preconceptions about American players and doubted the abilities of the US international due to his nationality, following a conversation between the two coaches during a pre-season friendly last summer.

Pulisic scored twice in that fixture but endured a slow start to life at Stamford Bridge following his big-money arrival from Borussia Dortmund, before growing in both confidence and status to become one of Chelsea’s most important players over the second-half of the season.

The US international enjoyed a breakout performance in scoring a hat-trick during last season’s visit to Burnley and, ahead of Chelsea’s trip to Turf Moor this weekend, Lampard has moved to dismiss Marsch’s claims.

Lampard has opened up on a conversation in which he told Marsch that Pulisic has ‘a lot to learn’ and believes his opinion has been misinterpreted by the Salzburg coach, insisting he never doubted the American’s ability to become a key player for the Blues.

“I did read the comments,” Lampard said at his pre-match press conference. “I was surprised that Jesse had managed to read my mind as well as he thought he did. He’s recounted the conversation wrong, I have to put it correct because it was the game against Salzburg were played and Christian scored two goals in preseason.

“Fair enough, Jesse came up to me and said what a talented player Christian was which I knew and I agreed with. I spoke about the fact it was so exciting to see how he could develop for us with the talent he has. That was the conversation. Jesse managed to put it across slightly differently.

“Maybe Jesse knows the feeling of American managers and coaches that travel into Europe. But one thing I did have was I played in America for 18 months and I would never underestimate the desire that American soccer players — football players — have to learn, to improve, take on information and understand the technical side of the game.

“So when you have that, which Christian had, and you have incredible talent, it was never in doubt for me. My only thing is I coach in the Premier League and have played here for nearly 20 years so I understand the rigours of it.”

“I thought his performance last season was massively impressive. He will get better and better because he is a young player but I never doubted him in the first place.

“And that’s not me jumping on Jesse because there’s probably a bigger issue there with American players. I don’t want to comment on that — he can field that one himself — but as a manager I never doubted Christian and it is important for me to put that straight actually, more for Christian than anything.”