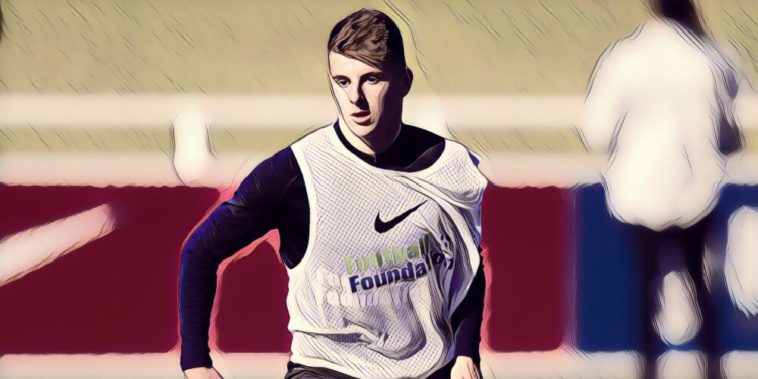 Frank Lampard has said that Mason Mount’s England call-up will have been a great experience for the on-loan Derby starlet.

The Chelsea loanee was one of the surprise names to be picked by Gareth Southgate to join up with the England squad for the recent UEFA Nations League games against Croatia and Spain.

As it turned out, Mount would remain an unused substitute in each of the high profile games for the World Cup semi-finalists, as they drew 0-0 in an empty stadium in Rijeka before grabbing a famous 3-2 victory against Spain in Seville.

Now, with club football due to return once more, Derby County boss Frank Lampard has admitted that while he is slightly disappointed that his young protege didn’t gain his first international cap, the chance to be in-and-around the senior England squad will have been a great experience for the 18-year-old.

“It would’ve been a great experience for him,” said Lampard.

“I’m disappointed he didn’t get on but it was great for him anyway to witness one of the best England performances in the last 10 or 15 years. So for him to feel that and see what it takes to do that against a great team is great for him.”

Lampard did warn the youngster not to get complacent though, saying he has to keep performing ag club level in order to ensure he gets called up again:

“It’s all down to Mason now. He’s come back here and a sense of reality will kick in. He now needs to step up his game even more. He got in the England squad on merit and will stay there on merit.”