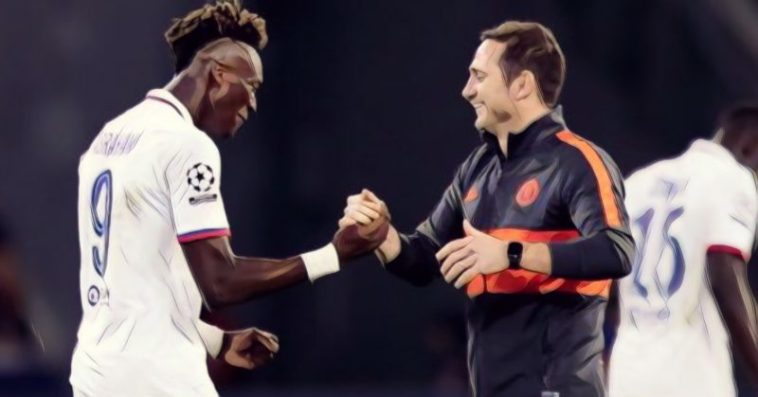 Frank Lampard has discussed how he wants his Chelsea side to attack despite the loss of ‘impactful’ Eden Hazard during the summer.

The Chelsea legend returned to Stamford Bridge this summer as manager and has overseen an impressive beginning to his tenure, the club currently sitting fourth in the Premier League and having won seven consecutive fixtures in all competitions following the win at Burnley this weekend.

Lampard’s task at the club was made more difficult considering the club’s two-window transfer ban and the departure of star player Hazard to Real Madrid during the summer, the Belgian international having finished as the club’s top scorer last season while providing more assists than any other Premier League player.

The Blues boss admits replacing Hazard’s creativity was always going to be a difficult task, though he is confident that he has the right players to compensate as he bids to implement an attractive style of play following his their strong attacking performances to so far this season.

2 – @ChelseaFC are the first team in @premierleague history to have two different hat-trick scorers in a single campaign aged 21 or under (Tammy Abraham and Christian Pulisic). Future.

“I felt we have options and people have talked about transitions, and obviously there is when you lose a player as impactful as Eden, who scored or created nearly 50 per cent of our goals last year,” Lampard told the official Chelsea website.

“You have to accept that and look for where else in the team can we come up with that sort of end product. We have the players to do it. We have attacking players who want to score goals, a team which wants to move the ball quickly and get the ball into wide areas sometimes. We want to be able to cross it, to play through teams, and as a collective we’re scoring goals. We have to continue in that vein.

“Everyone wants an Eden Hazard in the team, don’t get me wrong, but we haven’t and it was what was in front of me. We’ve got good players and it’s important we try and be an attacking force. The Chelsea fans who travelled up to Burnley want to see a team that’s trying to play attacking football and it’s the way I want us to play.

“Of course, we have to worry about how we defend, but I want us to defend up the pitch if we can. I want us to move the ball really quickly with a view to creating chances and the players are doing that. We work hard on it daily in training, it doesn’t come easily.”

So far this season, Tammy Abraham, Mason Mount, and Christian Pulisic have netted 15 of the Blues 23 league goals between them, the West London club the fourth-highest scorers in the division so far.