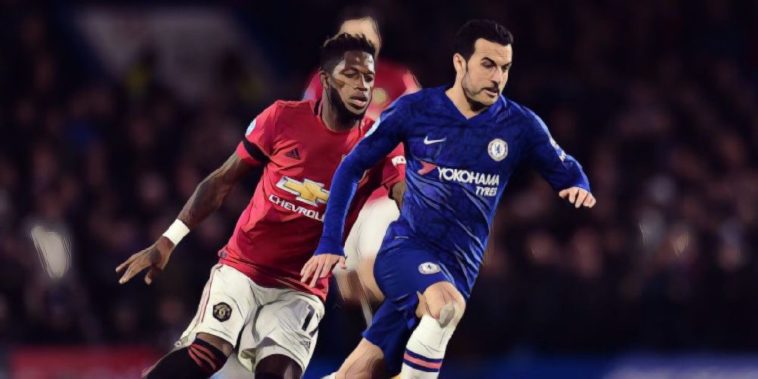 Frank Lampard has admitted that Manchester United are Chelsea’s ‘biggest threat’ in their pursuit of securing Champions League football.

Chelsea have been in the top four since back in October, though have seen their advantage over fifth-placed Manchester United slashed to just two points coming into the final five games of the season.

Ole Gunnar Solskjaer’s side have embarked upon an impressive 16 game unbeaten run, scoring 11 times in their last three league outings as the Old Trafford outfit continue to impress since the January addition of Bruno Fernandes.

The Red Devils arguably have one of the league’s most favourable run-ins, with only Leicester City to play from the top half of the league, while the Blues still have potentially difficult games against Sheffield United, Liverpool and Wolves to come.

Speaking ahead of a fascinating race for Champions League football, Frank Lampard has named Solskjaer’s side as the ‘biggest threat’, and has urged his side to ‘handle the pressure’.

“They’re in good form, have really good individual players and momentum in their game,” Lampard said at his pre match press conference ahead of Tuesday’s trip to face Crystal Palace.

“The front three are all scoring, lots of goals, and they are the biggest threat from behind [in the table]. It looks that way today but it’s about how our team finishes the season.

“It [pressure] ramps up game by game. We had both ends of that against West Ham and Watford. I enjoy it, that’s what we’re in it for, that’s what it’s all about. We need to get everything right that we can control. Those rules remain the same. We need to handle the pressure.”

There is, of course, the possibility of both sides making it into Europe’s elite tournament, both being within range of third placed Leicester City who have had an inconsistent spell since the restart, while there also remains the possibility of fifth being enough to qualify depending on the result of Man City’s appeal against their European ban.