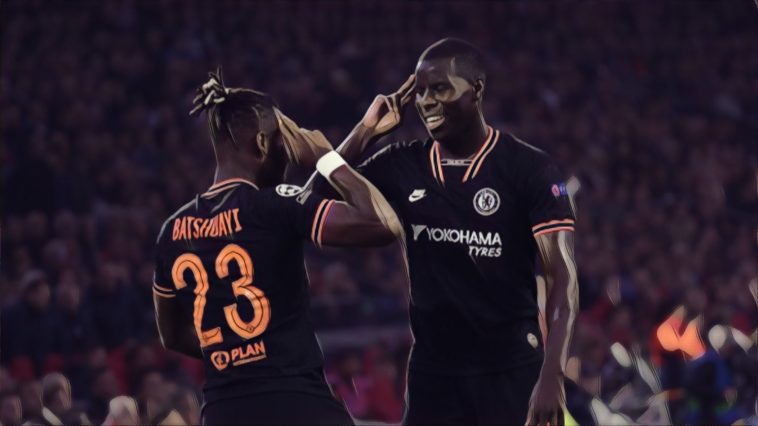 Chelsea are joint top of Group H after their 1-0 victory over Ajax in the Champions League on Wednesday evening.

The result is a massive one for the Blues in more ways than one; it not only gives them a great chance of progressing to the knockout round of the competition, but it also illustrated a level of guile and maturity we did not yet know this side had.

The win, thanks to a Michy Batshuayi goal in the 86th minute, is their eighth in all competitions and their sixth on the trot. Chelsea are clearly the third best team in England right now, which is some turnaround from humiliation against Manchester United on the opening day of the Premier League.

The caveat here is that it wasn’t a vintage display, but it didn’t need to be. Ajax got nowhere near reaching the kind of standard they set for themselves last season when they reached the last four, and were particularly sloppy in the second half here.

Much of the game bore signs of both teams being happy to settle for a draw, but Chelsea controlled proceedings and looked the more likely of the two to break the deadlock, especially after Frank Lampard brought on Christian Pulisic and Michy Batshuayi.

The latter had a glorious chance to open the scoring just minutes after coming on, a deflected Pulisic shot falling right into Batshuayi’s lap in the penalty area with only the goalkeeper to beat, but he skied his effort over the bar.

The Belgian striker made up for it before the game was out though, latching onto a cross from the American winger inside the box and smacking the ball in off the crossbar. Ajax manager Erik ten Hag brought on Klaas-Jan Huntelaar and Siem de Jong in response, but they created nothing as the visitors closed out the game with little fuss.

Lampard could barely contain his delight after the game, telling BT Sport‘s Des Kelly “I’m so happy!” with a giant grin on his face.

“I knew how tough this game would be, they’re a really strong side. And then to beat them, to deserve to beat them, the way we did means that you’re absolutely top all over the pitch,” he said.

“They were brilliant. The work rate of the players, the midfield trying to block passing lanes, getting up to people, the wingers tucking inside, Willian’s had to come off because he’s tired doing so much work for the team, the two centre-backs… standing here, I’ll just get through the whole team, won’t I? But I was so proud of the performance.”

The delighted Blues boss is so proud of his young team's performance in Amsterdam.

The Chelsea manager also explained why he made the substitutions he did in the second-half:

“Christian Pulisic has come on in the last two games, got two assists, changes games, so he comes on and brings energy. His performance was outstanding.

“The great thing about the strikers that I’ve got is that even though Tammy’s been scoring regularly, the other two have stayed patient, they work hard, they support the group and they’ve got talent. So it was a choice to bring Michy on because of how mobile he can be, he’s waited for his moment and he fully deserves it now.”

Lampard was cognizant of the fact that it wasn’t a perfect performance, but it appeared happy with the tactical development of his side.

“You try and give them information, you don’t want to overload them but we have to have detail against teams at this level. My main focus for this game was how good we can be off the ball, because I think that’s something that we’re starting to get a bit more into our game, where we’re working so hard to win the ball back.

“Our end product could certainly have been better tonight, it could have been more comfortable if we had taken our chances. But the young players have wanted to take on all the information and the older players have just been examples to them on the pitch. Jorginho’s performance was incredible.”

Chelsea were almost stung by a lapse in concentration in the first-half, however, after Quincy Promes put the ball in the net, but the goal was disallowed by the VAR for offside, although it was an incredibly tight call.

“Our mistake. But that’s why the Champions League is what it is, why it’s the ultimate, because switching off for a tiny second can go against you.

“I think we deserved our luck today. I’m a big believer in that, in how you prepare and what you’re doing, and sometimes you deserve a little break. We haven’t had many VAR breaks this year so maybe we had it coming.

Having built up a good run of form lately, the former England midfielder warned against complacency ahead of this weekend’s clash with Burnley.

“We always have to move onto the next one. I’m already thinking about Burnley and I’ve said to the players that to win five games on the trot is great, but it’s dangerous, because you can relax and become slightly overconfident. In a tiny way it affects performance. But six games is even worse, it’s even more dangerous, so we’ll look forward to Burnley.”

This result now puts the south west London outfit level on points with Ajax, who have a superior goals difference.