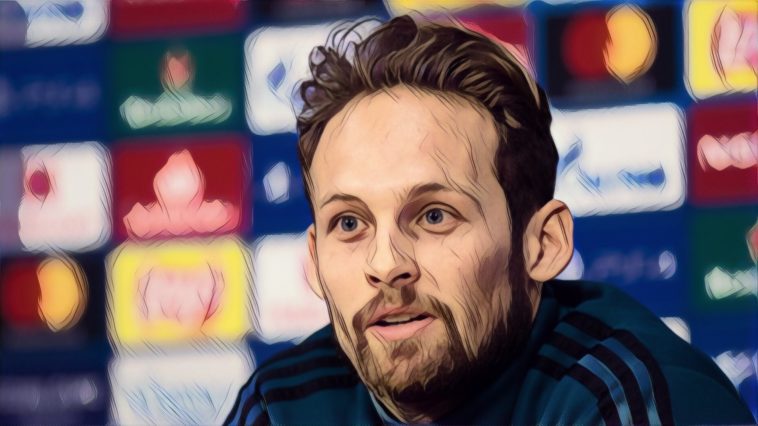 Daley Blind admits he is still a Manchester United fan and says ‘it’s not nice to see’ the club struggling so far this season.

Ole Gunnar Solskjaer’s side have endured their worst start to a season in 30 years, having won just twice in their opening nine league fixtures to sit just two points outside of the Premier League‘s relegation zone.

Ajax star Blind, who made 141 appearances during a four year spell at Old Trafford, has discussed Man United‘s current plight and admits his former club’s poor start to the season has been difficult to watch.

“Of course I’m not happy to see Man Utd and how they’re performing at the moment,” Blind said in a press conference ahead of Ajax’s game with Chelsea to Amsterdam.

But he likes what he sees from Chelsea 👀 pic.twitter.com/H3jsZJKc2s

Blind was more complimentary about Wednesday night’s opponents Chelsea, with the 29-year-old praising Frank Lampard’s faith in young talent and impact since arriving at Stamford Bridge.

“Regarding Chelsea, they are doing well, they have a good philosophy under a manager who wants to play out from the back.

“They play different attacking football with a lot of youngsters and that’s nice to see.

“From that perspective, it’s good. But if you’re talking about United then I’m not happy about that, of course.”