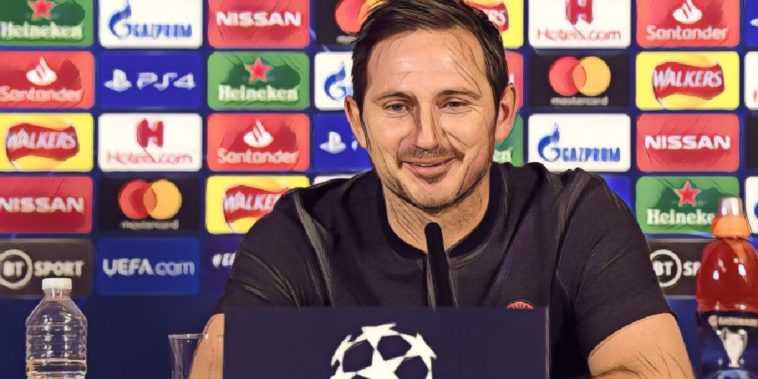 Chelsea manager Frank Lampard has called on his players to ‘make a mark’ as they prepare for a crucial Champions League meeting with Lille at Stamford Bridge.

Lampard’s side will secure their qualification to the Champions League knock-out stages with victory over the Ligue 1 side tonight, though the club are currently on a run of three defeats in their last five fixtures, failing to win any of their home games in Europe so far this season.

Any slip up from Chelsea could allow Ajax and Valencia to progress at their expense, and Lampard has called on his side to rise to the occasion and handle the pressure of what is effectively a ‘knockout’ tie.

“It would be a good achievement [to qualify for the last 16],” Lampard said at his pre-match press conference. “There are expectations we that would get through the group, I get that, but it was a tough group.

“The slightly young feel to our team, the fact we lost the first game, the few difficulties we have had, I think we have dealt with them very well to get into this position. There is still work to be done so we have to go out to win the game.

“There are opportunities now for the team, particularly the young boys, to make a mark. It’s good. I like the pressure of this game being knockout. If we’re going to do anything good here, we’re going to have to have lots of these nights.

“They’re crucial for the players because you can be defined as an individual and as a group by success. This means going into the next stage of the Champions League which is a place we want to be in, and another platform for the players to play.”

‘Take our chances’ – Lampard wants Chelsea to be more clinical