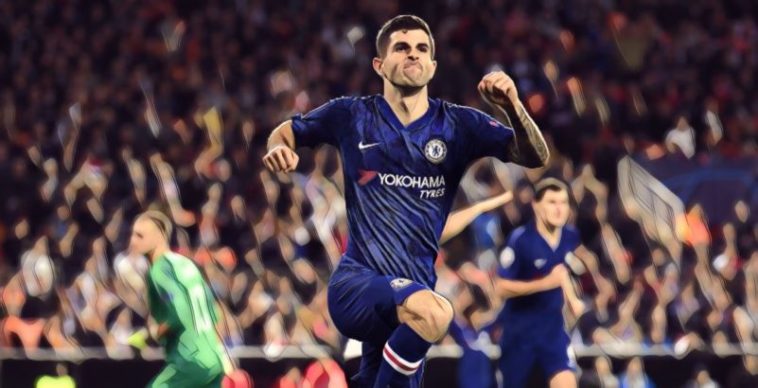 Frank Lampard has called on Chelsea’s players to ‘stand up’ in the absence of Christian Pulisic after the winger was ruled out with a ‘nasty’ adductor injury.

The United States international suffered the problem during training last weekend and is now expected to miss several weeks, his injury a blow to Chelsea‘s plans following a bright start to his debut season at Stamford Bridge.

The 21-year-old has scored six goals and provided a further three assists in 22 appearances in all competitions so far this season, his last appearance coming in the 1-1 draw with Brighton on New Year’s Day.

Lampard has now called on his squad to fill the void after confirming Pulisic’s absence, with the likes of Callum Hudson-Odoi, Pedro and Willian in contention to fill the wide forward roles for this weekend’s home clash with Burnley.

“Christian Pulisic’s out and will be out for a few weeks,” Lampard told his pre-match press conference.

“He was injured in training last Saturday. It’s an injury in the adductor. Disappointing for us and we’ll have to see how quickly he recovers because it was quite a nasty injury – he was in pain when it happened.

“It’s damaging because we need competition in wide areas and he was in good form. Before Christmas he was reporting a bit of tiredness – I was relying on him a lot in those games.

“That’s why he came out of the team and I was worried about injury. It’s disappointing because he’s a very talented player. But we have other options in those areas and it’s time for other players to stand up.”