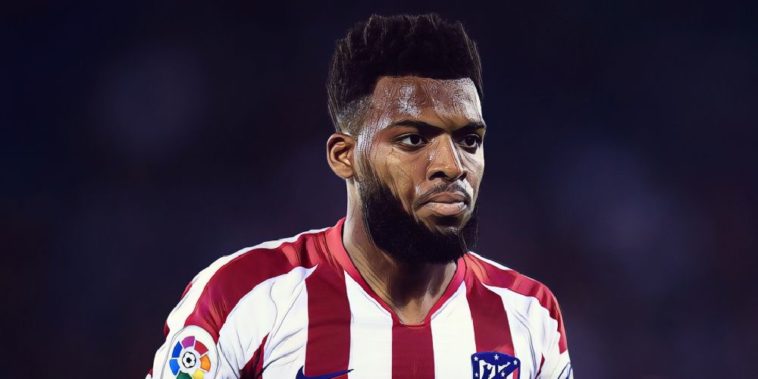 Chelsea have joined Tottenham in the race to sign Atletico Madrid star Thomas Lemar on loan for the remainder of the season.

The Premier League pair are amongst a host of sides across Europe monitoring the France international, Lemar having been told he can leave Diego Simeone’s side during the January transfer window after falling out-of-favour in the Spanish capital.

The 24-year-old has endured a disappointing spell with Atletico since joining from Monaco for €60m in 2018, Simeone admitting the player had failed to “live up to expectations’ after scoring just three La Liga goals since his big-money from the Ligue 1 side.

Lemar is now keen to secure regular first-team football as he bids to make the France squad for next summer’s European Championships, and according to the Telegraph could now be headed to the Premier League, with Chelsea having joined city rivals Spurs in the race to secure his signature.

Frank Lampard is keen to add to his forward options during the winter window and the club are monitoring several targets, including the likes of Borussia Dortmund star Jadon Sancho and Crystal Palace talisman Wilfried Zaha.

England international Sancho is believed to be the club’s priority, though with Dortmund insisting the 19-year-old will not be sold this January, a short-term move for Lemar seems a viable option for the Blues at present.

Tottenham are reported to have been the first Premier League side to register their interest as Jose Mourinho seeks to bolster his midfield and attacking options this month, Spurs’ options depleted following several injuries including Harry Kane’s absence until April with a hamstring problem, while Moussa Sissoko is also out.

The London rivals are set to face competition from across Europe for Lemar’s signature, however, with sides in Russia reported to be particularly keen on a player who has been told he can leave Atletico this month.