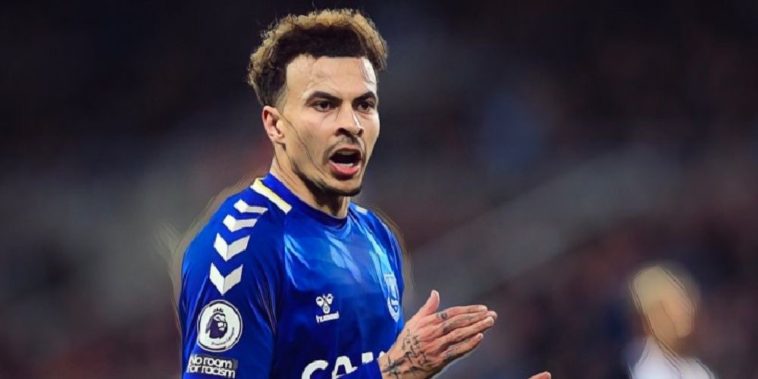 Frank Lampard admits Everton’s defeat at Newcastle was eye opening and has discussed the debuts of Dele Alli and Donny van de Beek.

Having beaten Brentford 4-1 in the FA Cup at the weekend, Lampard’s first league game ended in a 3-1 defeat at St James’ Park in a result which dragged Everton closer towards the relegation places, the Toffees now just two points above the Premier League’s bottom three after a fourth consecutive defeat.

Everton face Leeds this weekend and Lampard will be keen for his side to bounce back, admitting the nature of the defeat was eye-opening as he gets to grips with his new side.

“To think that everything would be roses and winning games… football doesn’t work like that,” he told his pre-match press conference.

“There were some small eye-openers for me in some individual, collective things. You can’t just talk about confidence, it’s something you have to work for.”

Leeds are four points and one place above Everton in the table, with the match billed as a huge fixture for the Toffees as they bid to climb away from danger.

Lampard insists his side are determined to secure a positive result at Goodison Park, but refused to label the clash as a must-win game for Everton.

“We want to win the game. I’ve come here now with a really good performance in the cup, one we weren’t so happy with in the week.” he said.

“I certainly don’t want to put everything on this game. They’re a relatively unique team in their style. We have to understand that but also believe in their own strengths. The lads will be prepared for what Leeds can bring.”

Everton’s defeat to Newcastle saw deadline day arrivals Dele Alli and Donny van de Beek make their debuts, the midfield duo both introduced from the bench against the Magpies.

Lampard discussed the first appearances of the pair and says it will take time before both are up to speed after spells on the sidelines at Tottenham and Manchester United respectively.

“We need to work and it’s for me to find the right time to bring [Alli] in. We shouldn’t expect instant reactions from a player who hasn’t played that much,” Lampard said.

“He wants to be a big player for us going forward. I think there were flashes of Dele as we know him, that’s understandable. He’ll be better for that performance.

“Donny came on at a difficult time and he showed really nice bits of midfield play.”