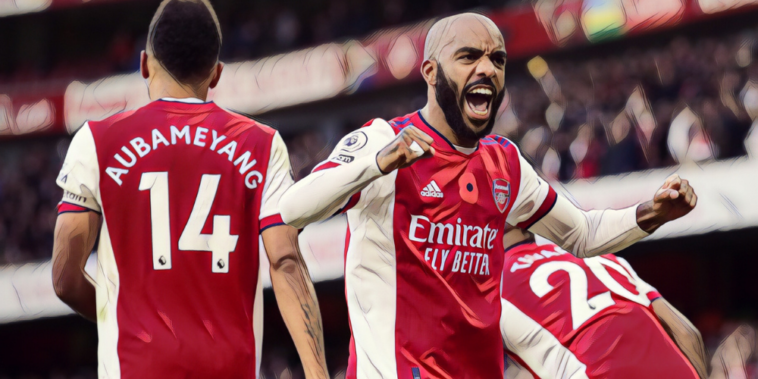 Arsenal forward Alexandre Lacazette has confirmed his agent is looking for options to leave the club, with his current deal set to expire this summer.

The Frenchman faces an uncertain future at the Emirates owing to his contract situation, with there currently no signs that he will be offered a new deal to stay beyond the end of the season, despite his good form in recent weeks.

The 30-year-old has netted three times in 11 games in all competitions so far this season and has been deployed in more of a playmaker role behind captain Pierre-Emerick Aubameyang, the two men the senior figures in a largely youthful side.

The former Lyon man originally joined the club back in 2017 and has gone on to be a regular source of goals, bagging 51 in the Premier League to-date and notably helping the Gunners to FA Cup success in 2020.

While it would appear he still has a role to play under Mikel Arteta, it remains to be seen if the north London side will extend his deal, the club having previously been burnt by handing big-money contracts to players entering into their thirties, namely Mesut Ozil and former Chelsea man Willian.

Amid that uncertainty he has repeatedly been linked with a departure – with the likes of Man City, Newcastle, Barcelona and Atletico Madrid having been linked – with the man himself admitting that his agent is now looking elsewhere should he opt to leave Arsenal.

“Of course, my agents are starting to look to the right and to the left,” he told French outlet Telefoot . “But not until January, I really want to focus myself on something.

“And then we will see what is on offer, if the challenges are interesting, if there are beautiful projects, how they are counting on me.

“So there are still many questions, I prefer to wait until January to position myself.”