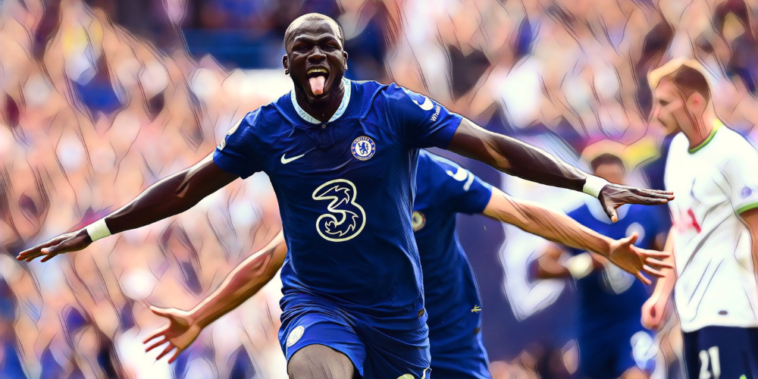 Kalidou Koulibaly has admitted that he misses Napoli and the City of Naples while discussing his adaptation to English football.

The Senegal international has been linked with a host of clubs in the Premier League over the years, but finally made the move this summer, joining Chelsea in a £33 million deal to bring an end to his eight-year stay in Italy.

The 31-year-old was immediately thrust into the Chelsea side under Thomas Tuchel, and he opened his goalscoring account in just his second league outing, though in the following game he was given his marching orders after picking up two yellow cards against Leeds.

He was thrown straight back in following his suspension, though has yet to feature for the club following the appointment of Graham Potter as Tuchel’s managerial replacement.

Chelsea host Italian champions AC Milan on Wednesday evening, and the defender was asked by the Italian media about his move away from Serie A.

“Yeah it’s true I arrived here two months ago, I do miss Napoli and Naples but it was my choice,” he told a press conference. “I wanted to join this club. We knew it would be difficult, everyone said so. Even the best coaches in the world told me that. But I knew that. We are going through a process that is normal.

“I will do everything I can for this club but I do miss Naples.”

Koulibaly admitted that the English game is different to the one that he experienced over in Italy, but admitted it was his ‘dream’ to play in England at some point in his career.

“It is a bit different to Italian football. But I am really happy to be here because it was my dream to play this football,” he said.

“I know it was a bit difficult. I knew it. I know it will come, when my moment comes I will be 100%… when I have the opportunity to play I will give everything to Chelsea.”

Asked about his exclusion following Graham Potter’s arrival at the club, he said: “It is true I haven’t played under the new manager. But I’m easy. My time will come. When I don’t play I put all my energy on the work. I am trying to give my best in training to show him he can use me on the pitch.

“We know when you change coaches it is a bit tough for the players,” he added. “Potter came with his ideas, he spoke with us about on and off the pitch… I think we are in a good way for the moment.

“We are working to give everything he wants on the pitch. It’s a bit tough but we want to improve. We want to show we are a big team, We have the talent and the players. We showed a lot of character this weekend and I hope we can show it tomorrow.”