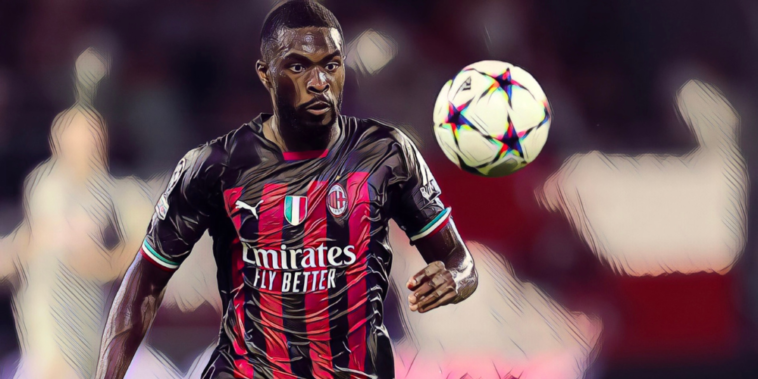 Ahead of Matchday three of this season’s Champions League group stage, we look at five talking points.

All is not well at Liverpool, with Jurgen Klopp having conceded that his team are suffering from a crisis in confidence following a difficult start to the season.

Liverpool fell further behind the Premier League leaders after a 3-3 draw with Brighton at the weekend, a fixture which saw the Seagulls cut apart the home side with concerning ease. It was also the 12th time in their last 15 fixtures that Liverpool have conceded the first goal and there are problems for Klopp at both ends of the pitch.

The Reds have been boosted this week following the returns of Ibrahima Konate and Calvin Ramsay to first-team training. Konate has not featured since suffering a knee injury in pre-season and will be a welcome addition to Liverpool’s centre-back ranks, amid struggles for form across the backline.

Liverpool fans when they see Ibrahima Konaté back in full training 😍 pic.twitter.com/h8SuIR1kWT

Last season Liverpool lost in just one of Konate’s 29 appearances in all competitions – the Champions League final loss to Real Madrid – and his recovery speed would help bring aid to the struggling Trent Alexander-Arnold at right-back.

Alexander-Arnold could soon face competition as summer signing Ramsay closes in on a return. The right-back has not featured since his summer arrival from Aberdeen but will be hoping to push for a place in the team in the coming weeks. It is unclear whether Tuesday’s clash with Rangers will come too soon for the teenager, who was named as the SFWA Young Player of the Year in 2021/22, should Klopp wish to take Alexander-Arnold out of the firing line.

Lewandowksi can be decisive in Group of Death

When the draw for the Champions League’s group stage was made in August, Group C was soon handed the title of this season’s Group of Death.

Certainly on prestige, if not current standing, it was a fascinating line-up of sides with Bayern Munich, Barcelona and Inter Milan owning 14 European crowns and 77 domestic titles between them. Viktoria Plzeň, the fourth seeds, faced an unenviable task to make an impression.

Bayern Munich have proven too strong so far, beating both Inter and Barcelona with some ease ahead of a double-header with the Czech champions that is likely to secure their passage as group winners.

The battle to join them will heat up as Barcelona and Inter go head-to-head, with their first meeting on Tuesday night. It may be stating the obvious, but Robert Lewandowski holds the key to deciding the outcome of Group C.

Even for a footballer of his standing the Poland captain has exceeded expectations at Barcelona and has scored nine goals in seven league games since his summer arrival, three more than his nearest challenger in the race for Spain’s Pichichi award. Only László Kubala, Alfredo Di Stefano and Christian Vieri have ever scored as many goals seven games into spells in Spanish football.

Lewandowski’s arrival was designed for occasions such as this and he is the calibre of player who can lift those around him, as Barcelona look to return to past heights. Facing an Inter Milan side who lost four of their past six in all competitions, he will be confident of proving decisive.

Antonio Conte called on the Spurs supporters to trust his judgement following the club’s North London derby defeat, as an unbeaten start to the Premier League campaign was ended emphatically at the Emirates.

Among the criticisms of Conte has been a reluctance to use summer signing Djed Spence, with Emerson Royal – who was sent off for a rash challenge at Arsenal – preferred in the right wing-back role.

Conte on Djed Spence never playing: “The fans have to be fans. They can think everything but I see every day what happens during the training session”. ⚪️ #THFC

“I try to do the best, the choices are mine. If I didn’t decide to pick one player it’s maybe because he’s not ready”. pic.twitter.com/7xi3vQ00Q2

“I try to do the best for the team. If they trust me, then they trust me – but the choices are mine,” Conte told his pre-match press conference. “If I didn’t decide to pick one player, it’s maybe because he’s not ready. We are talking about a young player with a good prospect. But, I repeat, I try to pick the best team.”

Conte alluded that Spence had been a signing of the Spurs board in the summer and has so far failed to grant the defender a chance, with the 22-year-old having featured for just one minute so far this season.

Having shone on loan at Nottingham Forest last season, Spurs spent £12m to sign the wing-back from Middlesbrough but Conte has remained unconvinced until this point. The situation has been puzzling given Emerson’s suspect showings and perhaps now is the time for Conte to hand Spence a chance, a talent who remains raw but has the attributes to succeed in Spurs’ system.

Tomori returns to Chelsea with a point to prove

Fikayo Tomori will make his return to Chelsea this week and will arrive at Stamford Bridge with a point to prove to both his former side and international manager.

Tomori has excelled since being ushered out at Chelsea in January 2021, having signed for AC Milan on an initial six-month loan deal before winning the Serie A title last season after the move was made permanent.

Fikayo Tomori has made more successful tackles than any other English centre-back in Europe's top five leagues since the start of last season.

Still not enough to get in the England squad 🤷‍♂️ pic.twitter.com/s2aUEM5EnB

He broke into the west London club’s side under Frank Lampard, but unlike fellow academy graduates Mason Mount and Reece James was unable to secure a regular role. His exit came with Chelsea well-stocked at centre-back, but the exits of Kurt Zouma, Antonio Rudiger and Andreas Christensen left Chelsea scrambling for defensive signings just a year after allowing one of their own to leave.

Tomori has become a favourite in Milan and earned an international recall with England as a result. He was, however, overlooked during September’s international break despite inclusion in the squad and faces a fight to secure his place in Qatar.

Tomori’s pace and left-sided balance could be well used in an England set-up lacking real quality at centre-back, while he has matured since the occasional lapses of his early emergence. Gareth Southgate and Chelsea will get a close-up view of how far he has come this week.

Copenhagen a chance for Guardiola rotation?

Manchester City are in pole position to secure their place in the knockout rounds, with back-to-back wins over Sevilla and Borussia Dortmund leaving them top of Group G.

Copenhagen arrive at the Etihad this week, and while Pep Guardiola will want to assure progress as soon as possible, the clash might be an ideal time for rotation of his options.

The fixtures are coming at a frenetic pace in a packed schedule ahead of the World Cup and with challenging clashes with Liverpool, Brighton and Borussia Dortmund before the end of the month, Guardiola might choose to get rest into the legs of key players and minutes into those of others.

Erling Haaland has started each of City’s ten games in all competitions this season and has returned a frightening 17 goals in that period, including a three-goal, two-assist destruction of Manchester United at the weekend.

Guardiola will know better than most that City’s chances could hinge on Haaland and recovery will be important for a footballer with a history of injury problems. The 22-year-old has never featured in more than 28 league fixtures in a campaign due to fitness issues.

Julian Alvarez and Riyad Mahrez will be among those hoping for a chance against Copenhagen, with the duo having started just three games combined in all competitions this season.