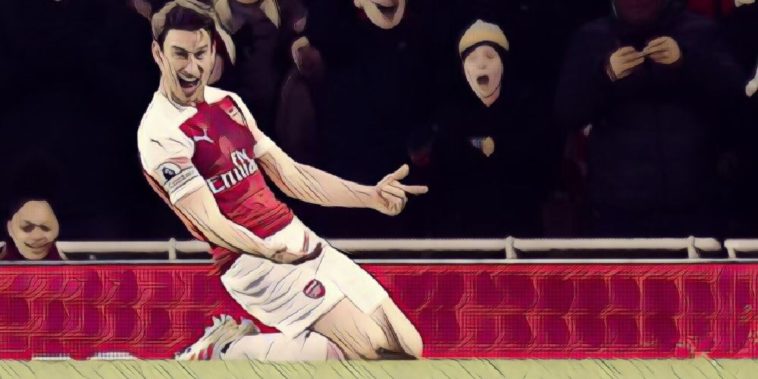 Manchester United‘s win over Brighton earlier today saw Arsenal slide to sixth in the Premier League table, and the Gunners knew that they needed a result to keep their hopes of qualifying for the Champions League alive.

They got off to a perfect start when Alexandre Lacazette put them ahead inside the first 15 minutes, before Koscielny doubled the lead six minutes before the interval.

Chelsea dominated the game at the Emirates, registering 65% possession, but were unable to find a find a way through, with only one of their 13 attempts on goal being on target, and speaking after the game, Arsenal skipper Koscielny was delighted with his teammate’s commitment:

“Today we needed to win. We made a mistake last week [at West Ham] so today’s game was a six-pointer. If we lose we will be nine points [off Chelsea] and if we win the gap will be just three points,” the Frenchman told BT Sport.

“We’re still in the race for the top four. I think the commitment today was amazing from all the boys. We showed on the pitch which way we want to go together. It’s good to play like this because in football it’s not easy to win.

“I’m happy to score because it’s very important for the team. When we talk about clean sheets it’s not just about the defenders. Today we showed everyone we are together. The strikers worked hard too, which helps the rest of the team.”