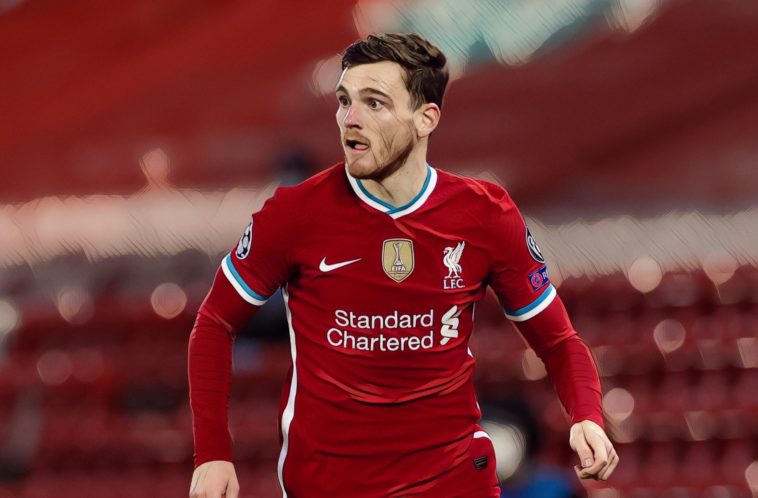 Jurgen Klopp has offered an update on the ankle injury sustained by Andry Robertson following Liverpool’s 1-1 draw with Athletic Bilbao this afternoon.

Liverpool took the lead through Diogo Jota in the 13th minute, before Alex Berenguer drew the visitors level in front of a near-capacity Anfield crowd eight minutes after the break.

While the results of pre-season friendlies are never to be looked at in too much detail, Liverpool fans will have been concerned to see first-choice left-back Andy Robertson hobble off after a nasty looking ankle injury, the Scotland international landing awkwardly after attempting to block a cross towards the end of the first half.

The 27-year-old has been an almost ever-present for the Reds in recent seasons – missing just four Premier League games since 2018/19 – with the club’s only other recognised left-back being Kostas Tsimikas who has only made two substitute appearances in the league since joining from Olympiakos last summer.

Speaking after the game, Jurgen Klopp revealed that the pain in Robertson’s ankle had already ‘settled’, though the player will undertake a scan on Monday to determine the full severity of the ankle injury.

“We obviously don’t know in the moment how serious it is,” he told LFCTV. “It was pretty painful and that’s why Andy went off.

“You probably saw it on the TV pictures better than we did, but he got the ball, the ball on the front of his foot, [and] twisted the ankle.

“The pain settled already, but we cannot say anything further without further assessment tomorrow. He has to get a scan and then we will know more.”

Liverpool play another pre-season friendly against Osasuna at Anfield on Monday, before they kick off their Premier League campaign with an away trip to newly-promoted Norwich.