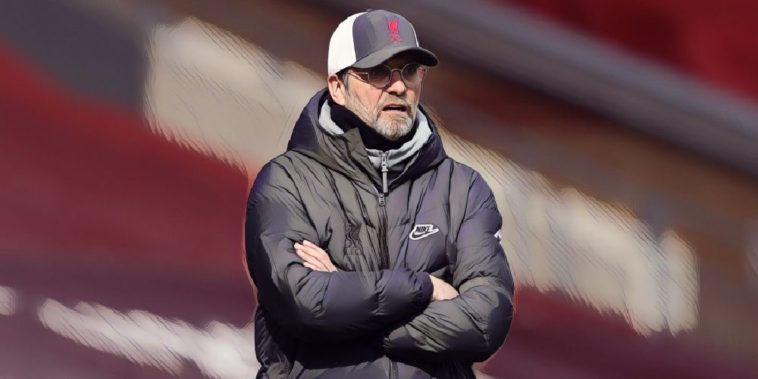 Liverpool were once again left lamenting their own wastefulness as their Champions League hopes took another blow as Newcastle netted a 95th minute equaliser at Anfield.

The Premier League champions took little time to get down to work as they looked to move into the top four, Sadio Mane’s third minute cross not being dealt with effectively by the Newcastle defence. Ciaran Clark’s poor headed clearance fell to Mohamed Salah who produced an excellent touch to control the ball, before swivelling and smashing an absolutely unstoppable strike beyond Martin Dubravka.

Liverpool looked threatening for much of the first half, but not for the first time this season, would be wasteful in front of goal, Diogo Jota, in particular, spurning a whole host of opportunities during the first half.

The Reds would also offer up some decent opportunities at the other end as Newcastle looked to exploit the host’s high line.

Liverpool continued to make, and waste chances, ending the game with 22 attempts on Martin Dubravka’s goal, and would be made to pay for their profligacy in added time.

Substitute Callum Wilson thought he had scored the equaliser as he bundled his way through Liverpool’s defence, his initial effort being saved by Alisson before rebounding back off the England international striker who prodded home into an empty net. However, VAR would cruelly rule it out for handball, not that the former Bournemouth striker could do anything about it.

However, the Magpies would however snatch a point that their positivity deserved at the death. The ball was pumped towards the head of Dwight Gayle, the diminutive forward finding Joe Willock who would see his effort take a big deflection and fly into the back of the net with the last kick of the game.

Liverpool have had the second most shots at home in the Premier League this year [146] but have scored the second fewest goals [4].

Speaking after the game, Jurgen Klopp admitted that it was a ‘deserved’ equaliser for Steve Bruce’s men, admitting Liverpool lacked ‘fight’.

“A counter attack can happen but we had to just keep going, keep the ball and make them run. We kept them alive and they deserved the goal. They scored the one before, unlucky for Wilson but it is handball. We don’t even take this present. Really tough to take.

“Why it happened, I don’t know. We had to keep the ball. In a specific way we don’t fight enough. Keep ourselves in a position where we dominate the game. We had 70% of the ball, we should have 80%. We created a lot of chances, didn’t score with them, so we have to create more. That is how it is. We don’t do that well at the moment.

“They fought for it and we got nothing pretty much, but a point. It feels like a defeat.”

With the European Super League and it’s guarenteed qualification having been shelved, Liverpool are of course reliant on a top four finish to secure Champions League qualification, though the German questioned if his side deserved it.

Pep hits out at UEFA and FIFA for fixture congestion