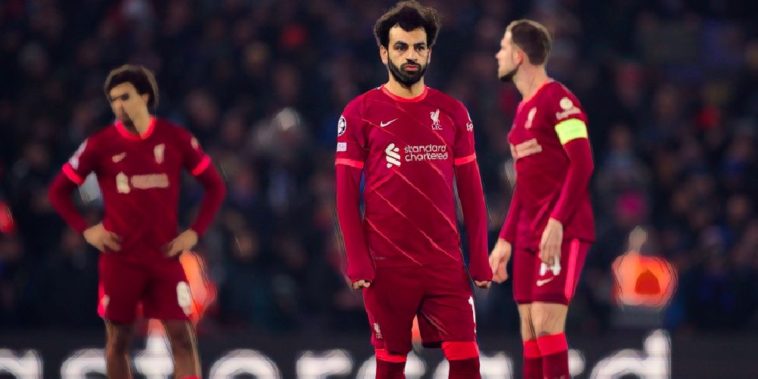 Liverpool booked their place in the Champions League quarter finals despite slipping to a 1-0 loss to 10-man Inter Milan in a hugely entertaining game at Anfield.

Liverpool came into the game with a relatively comfortable 2-0 lead on aggregate, Roberto Firmino and Mohamed Salah netting late goals in the San Siro last month.

During that first leg, Inter Milan dominated for large spells of the game, and the Italian side again started the brighter of the two on a chilly night on Merseyside, with former Arsenal star Alexis Sanchez looking lively having been given the nod ahead of Eden Dzeko.

The Premier League outfit didn’t look at their best, but did in fact come closest to opening the scoring in the first half, Joel Matip crashing a header off the bar following a whipped delivery from Trent Alexander-Arnold, while Virgil van Dijk also went close.

With Inter Milan still needing two to take it to extra time, the second half was played at an exciting pace and intensity, and in the 62nd minute, Lautaro Martinez – who had been a fairly anonymous figure – received the ball from Alexis Sanchez before despatching a venomous strike from the edge of the area that arced away out of the diving reaches of Alisson.

However, the Nerazzurri’s hopes of a comeback would be dealt a blow just two minutes later as Sanchez was given his marching orders, the former Man Utd man picking up a second yellow card after his follow-through caught Fabinho to leave referee Antonio Mateu with no option but to flash the red.

A solid performance up until the red card… 🔴🤦‍♂️ pic.twitter.com/idchGWJB0v

While they were far from their best, Liverpool had plenty of chances to get the goal that would ease the Anfield nerves, Mohamed Salah hitting both posts, while Arturo Vidal produced a sensational block to deny Luis Diaz from close range.

Speaking after the game, Jurgen Klopp was full of praise for the quality of Inter Milan, while admitting he wasn’t happy with his side both in and out of possession.

“The difficulties we had were pretty close to what I expected. Inter are a really, really good side, set up for these kind of games,” he told BT Sport.

“Without playing brilliantly we had clear-cut chances. Over the two legs it’s completely fine that they won one and we went through. We could’ve done better against an opponent that makes life uncomfortable.

“It was a really interesting game. In the end we lost the game which obviously is not cool, we didn’t come here to lose a home game.

“The opponent caused us problems but if we had used our chances we win this game. We lost a lot of simple balls, which can happen and when the ball was in the air it was like slapstick with the wind.

“The counter-press was not really there. We were around challenges but not in challenges and we didn’t get the momentum, that’s what we were lacking.”