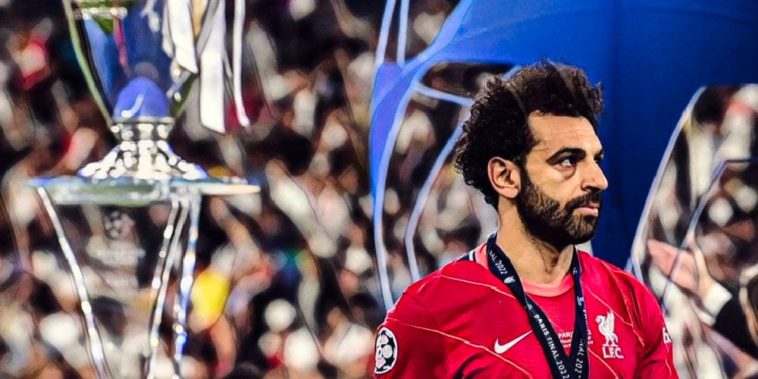 Liverpool were denied a seventh European Cup triumph by Real Madrid in Paris, with the Spanish league champions securing a hard-fought 1-0 win.

Both teams seemed to cancel each other out during the opening exchanges, though Liverpool started to find their groove, with Mo Salah stinging the palms of Real ‘keeper Thibaut Courtois in quick succession in the opening 20 minutes

Real would have their Belgian keeper to thank for keeping the scores level once again moments later when the 30-year-old brilliantly pushed a fierce Sadio Mane strike against the woodwork.

Real did eventually start to get a foothold in the game and Trent Alexander-Arnold had to be alert to cut out a through ball that look destined to set Vinícius Junior clean through on goal.

On the stroke of half-time there was high drama when Karim Benzema pounced on some slack defending to fire Real ahead from close range. However, a VAR check that seemed to last for eternity intervened to rule the goal out for offside.

Liverpool continued to dominate as the second half began but there was always a feeling that Real were waiting to strike with a sucker punch and just before the hour mark that’s exactly what happened. Los Blancos midfielder Fede Valverde burst forward down the right and the Uruguayan’s cross-shot was turned home at the back stick by Vinícius.

Within moments the Reds almost struck back, but they once again found Courtois in inspired form, the former Chelsea man diving full stretch to stop Salah’s curling effort from distance.

Jurgen Klopp emptied his bench with Diogo Jota and Roberto Firmino sent on in search of an equaliser, although it was still a struggle to create clear cut chances.

With ten minutes left to play Courtois would seal a man of the match performance and Real Madrid a record-extending 14th European Cup with a stunning one-on-one save from the unlucky Salah.

Just a week ago, Liverpool were in the hunt to claim an unprecedented quadruple, but ultimately finish the season with just the FA Cup and Carabao Cup to show for their incredible efforts this season.

Speaking after the game, Jurgen Klopp admitted that the dressing room was downbeat after the disappointing end to the season.

“In the dressing room nobody feels it was a great season at the moment,” he told BT Sport. “We maybe need a few hours for that.

“It was the two decisions against us were the smallest margins possible.

“We played a good game, not a perfect game. I don’t think a perfect game is possible against an opponent set up with a deep formation.

“We had a lot of shots but not the clearest. Courtois made two top saves. We conceded a goal from a throw-in. Valverde wanted to shoot, Vinicius was there and that’s it.

“The boys tried everything, especially at 1-0 down then we played like we wanted to play before. We had our midfielders too deep. It’s a threat they are with counter attacks. We wanted to be more brave in the second half. That’s what we said at half-time. We played around them. We should have played more in the formation than around them.”

The German coach insisted that reaching the final was ‘a kind of success’, before insisting his side will ‘come again’ ahead of next years competition that will conclude in Istanbul, the scene of Liverpool’s infamous 2005 triumph.

“It feels different. It’s not bad to get to the final. It’s a kind of success. Not the success you want to have.

“Where’s it next season? Istanbul? Book the hotel.”