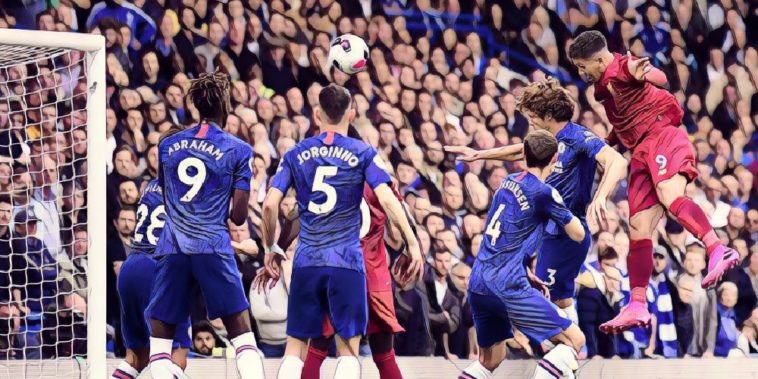 It was an end-to-end affair with plenty of goalmouth action, with the Premier League leaders taking the lead with an absolute thunderbolt of a strike from Trent Alexander-Arnold after a well-worked free-kick on the edge of the box.

Chelsea thought they had equalised when Cesar Azpilicueta poked home after a melee in the six-yard box, though the pesky video assistant referee up in Stockley Park spotted an offside in the buildup, with the goal eventually being chalked off.

Three minutes later, the Blues disappointment was compounded, with Roberto Firmino taking advantage of Chelsea’s zonal marking from a free-kick, the Brazilian finding himself in acres of space to head Liverpool into a two-goal lead.

N’Golo Kante’s 71st-minute strike from the edge of the box gave the hosts hope, and though Frank Lampard’s side created a number of late chances, the Reds managed to hold on to maintain their 100 per cent start to the season.

Speaking afterwards, Jurgen Klopp hailed Liverpool’s current run of form as ‘exceptional’ and praised his side for the shift they put in at Stamford Bridge.

“It was a good game between good sides,” the German told Sky Sports.

“We forced the set-pieces in decisive areas. Second half I think we had two, at least one no-brainer to make it more clear and 3-0 would have been a statement in the Premier League but then N’Golo Kante makes his little run and kicks it in with his big toe.

“Then it is completely normal that you come under pressure but we defended well. There were a couple of good saves from both goalkeepers. Good situations in an exciting game and that is how it is in the top six and in the Premier League.

“We work on set pieces. All the things we do in training I love to see on the pitch. Big fight from everybody.

“Sadio [Mane] got a bad knock. He is OK but we have to make that substitution. You will never win at Chelsea without putting a proper shift in and we did that today.

“It is exceptional. What can I say? We have to keep on going. It is never looks as easy as it did for City yesterday but we have not had these games yet. We have to work for it.”